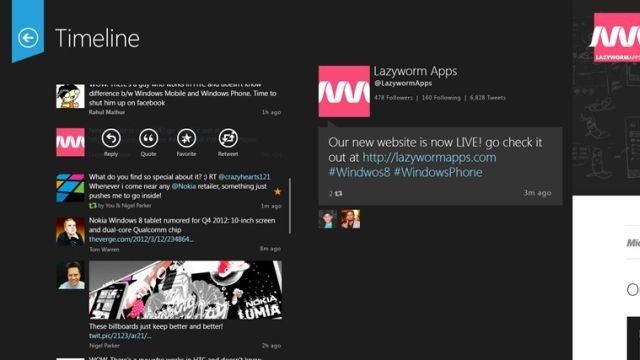 Earlier this month, developer Lazyworm Applications released Tweetro+, their revamped version of the popular third party Twitter app made especially for Windows 8. The app was re-released as a paid version after the previous free version reached the 100,000 token maximum that Twitter currently requires of third party apps that use its services. That app was removed from the Windows Store and people who downloaded it were asked to pay for the full version when it was launched.

Many Windows 8 owners have wondered why Tweetro+ currently costs $9.99, with some people feeling that this is too much money to spend on such an app. In fact, Tweetro+ is scheduled to actually go up in price to $12.99 sometime next week.

We reached out to Lazyworm Applications co-founder Atta Elayyan to find out more about their price for Tweetro+. He pointed us to an FAQ page where the company states that Tweetro+ actually can support multiple accounts. Ultimately, only between 20,000 to 50,000 "tokens" will likely be given out. Microsoft also takes 30 percent of revenues from the app. The FAQ page adds:

Sure, if we sell every copy it could equate to a few hundred grand but software isn't cheap! In reality, we're barely covering our costs considering the project has taken us nearly 8 months to date and we plan to continue supporting it in the future.

Elayyan also expanded on his thoughts on the matter in his email to Neowin:

On a final note, it's been interesting to find that people are comfortable with a $10 price tag for desktop applications but a 'Modern' store app (which works on desktop and tablets, has snapped mode, portrait mode and every other mode.. essentially acting as 3-4 apps in one) is still being lumped into the '0.99c' mobile app category.  I think there needs to be a change in thinking here because 'Modern' store applications are far more complex and unless developers are able to charge substantially more for them you'll find that the quality of the software isn't going to be anywhere near where it could be.

For example, Tweetro took over 3 months of design before we could even touch a line of code and the project has taken nearly 8 months to get to where we are today.. and it's 'just a Twitter app'. We have a lot of experience delivering Windows Phone applications and the work involved (especially from a design perspective) is substantially less than that required to do the app's equivalent on Windows 8. 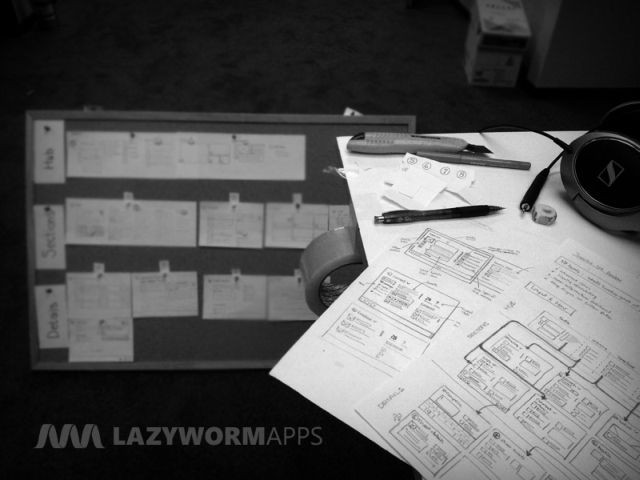 For further proof of his claim that Tweetro+ is not a normal Windows 8 app, Elayyan also sent over an image showing how the Lazyworms Apps mapped out the app's design. The bottom line? Tweetro+ was created by a team that wanted to make an app that offered users a lot of features as well as a solid design. That also means users might have to pay just a little more in order to keep these teams working on quality apps for the new OS.