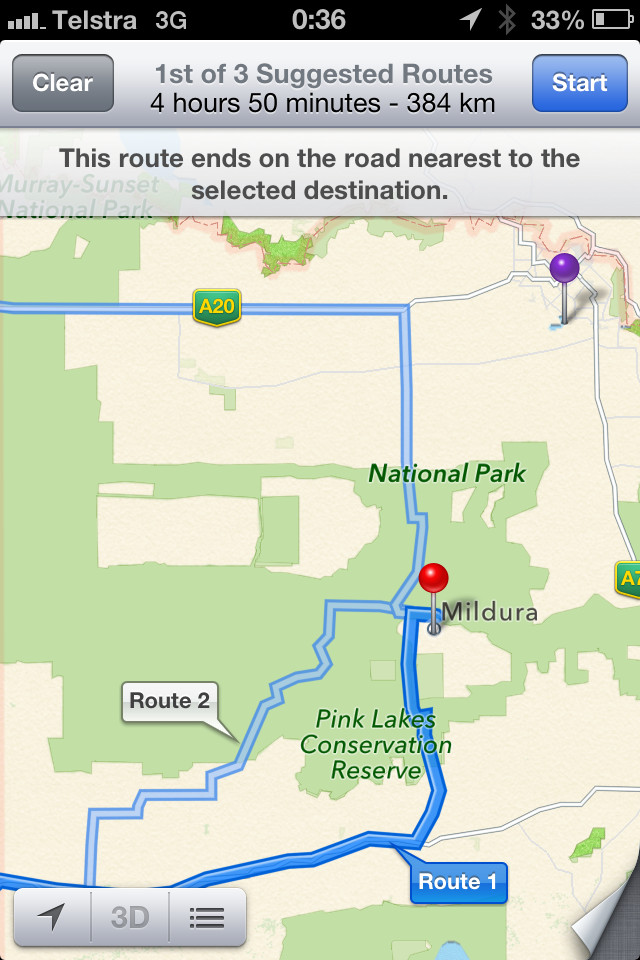 The police force of the Australian state of Victoria have issued a warning through their news service warning motorists of the supposed dangers of using Apple's iOS 6 mapping service on iPhones. The warning comes because the police had to assist a number of motorists stranded within the  Murray-Sunset National Park in the hot north of the state, with temperatures up to 46°C (114°F) making it a "potentially life threatening issue".

Apparently Apple's iOS 6 Maps positions the regional city of Mildura in the middle of a National Park, as opposed to its actual position 70 km away, causing some motorists - obviously following the directions remarkably carefully - to head off the beaten track. According to the police some people "have been stranded for up to 24 hours without food or water" in the "dangerous terrain", most likely filled with snakes, spiders and other fantastically poisonous Australian creatures.

The Victorian police advise people to use other forms of mapping until Apple decides to correctly position the town of Mildura on the map. We strongly recommend using your eyes while driving, not only to avoid crashing but also to see the large green signs that direct you towards cities and the like.