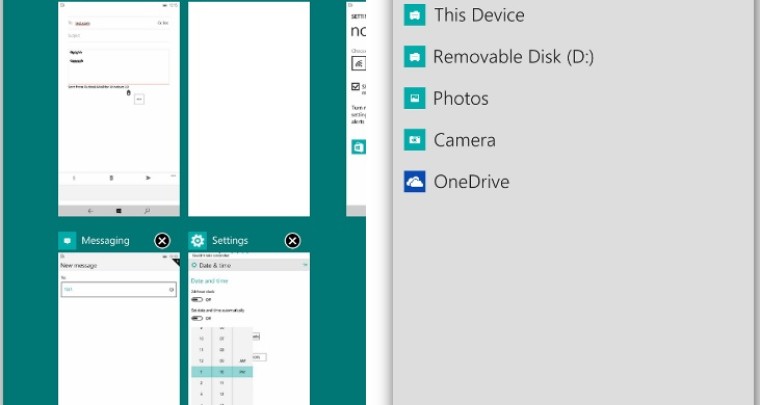 As we’re only hours away from the release of the next build of Windows 10 for phones, alleged screenshots of the OS have been leaked online, this time showing some major UI changes.

As you can see in these images, some big changes are supposedly coming to the mobile version of Microsoft’s OS. Not only is there a new task switcher, with four cards on the same tab, but you can also see new e-mail editing options, as well as a file navigator that’s closer in line to the desktop version.

Finally, a word of caution regarding these images: as with any leak we urge you to take everything with a handful of salt. Though the original leaker does have a good track record, we’d still recommend caution when trusting these images.

Whatever the case may be, we’re bound to learn a lot more tomorrow morning when the new build of Windows 10 for phones gets released to numerous devices.

Source: WindowsMania| Thanks Patryk for the tip!