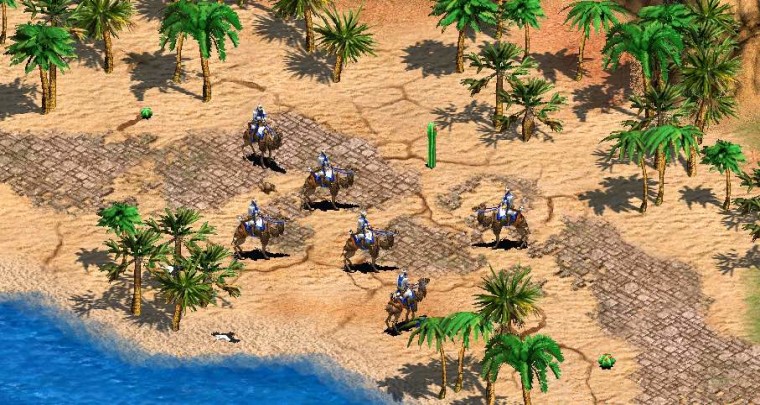 It's been a little over two years since Microsoft released "Age Of Empires II" in HD. While the title has previously received an expansion, Microsoft will be releasing an all-new original expansion for the game sometime in 2015.

For those that are too young to remember, "Age of Empires" was initially released in 1997 by Ensemble Studios and published by Microsoft Studios. While the first game received fairly good reviews, the title that is undoubtedly considered the gem of the series is "Age of Empires II: The Age of Kings".

Although not as well-received as the original, tomorrow will mark the two year anniversary of the HD remake of Age of Empires II. In order to celebrate the occasion, the game will receive a patch via Steam that will improve gameplay and performance. Additionally, Age of Empires II: HD Edition will receive an entirely new expansion in 2015. Although not much information was divulged in the post, the image above was posted as a teaser to a new unit being developed.