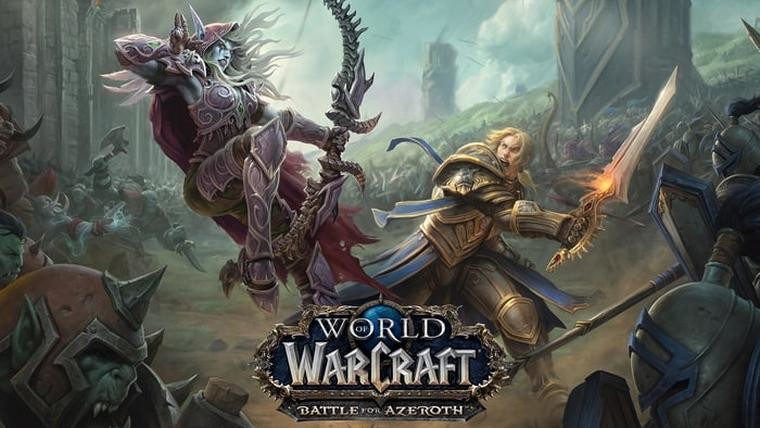 Just because Blizzard has decided that vanilla World of Warcraft servers are a good idea now doesn't mean that Azeroth, as it stands now, will be abandoned. Quite the contrary. The Horde and Alliance together saved the world from the Legion, so now they can go back to hating each other in the upcoming Battle for Azeroth expansion.

The new reveal cinematic shown at BlizzCon 2017 gives us Horde leader Sylvanas Windrunner facing off against Alliance troops headed by young King Anduin Wrynn. The cinematic is another fine example of Blizzard's superb animation skills, and sets the stage for a new round of conflict between the two factions.

Battle for Azeroth will pick up where Legion left off, increasing the level cap to 120, and creating two new island continent starting areas for players to begin the process. The Alliance will begin in the pirate-infested Kul Tiras, while the Horde will tackle the trolls on the continent of Zandalar. New dungeons, scaling up to mythic, will be available on both continents.

As part of the rekindling of faction animosities, both sides will find new allies from old locales. The Horde will be joined by the Nightborne of Suramar, the Highmountain Tribe, and eventually, the Zandalari Trolls. The Alliance will get the Lightforged Draenei, Void Elves, and the Dark Iron Dwarves. These new "sub-races" can be leveled from 20-110, giving players access to special cosmetic Heritage Armor as a sort of badge of honor for enduring all the leveling again.

Several things will carry over from Legion, including the same scaling of difficulty in zones, and the ability to choose your path through the new zones. The scaling (and re-leveling process) will eventually be applied to all of Azeroth, offering a much broader range of levels for particular zones. In addition, there will eventually be no distinction between PvE and PvP servers, with the choice being switched to the player instead of the server they reside on. Many of these background changes will start rolling out before the expansion with 7.3.5 update, likely a few months from now.

More will be revealed throughout the weekend at BlizzCon, so check out the virtual ticket for the livestreams, if you bought it. Otherwise, you can expect Blizzard to update the official World of Warcraft site with plenty of FAQs and features as the game moves through development.