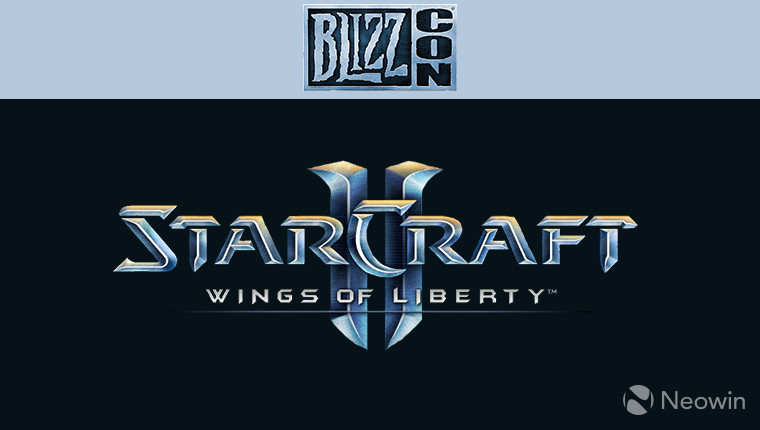 The silence in Anaheim was interrupted earlier today as BlizzCon 2017 attendees heard the latest news from the publisher: StarCraft II is going free-to-play on November 14. An accompanying post on the official blog details what exactly this means in the context of Blizzard's beloved RTS title.

As you may be aware, since 2011 there has been a Starter Edition of the game, which made certain parts - such as the first four missions in its Wings of Liberty single-player campaign - free to try. Now, the entirety of this aforementioned campaign can be played free of charge. Moreover, those who already own Wings of Liberty will receive the second expansion, Heart of the Swarm, for free, though they need to log into their account between November 8 and December 8 to claim it.

Also at no cost, players will get access to the ranked multiplayer ladder to compete with other StarCraft II players and use any of the units from Wings of Liberty, Heart of the Swarm or the newer Legacy of the Void expansions. In order to "preserve the quality and integrity of the ranked experience", to permanently unlock this feature, you'll need to earn 10 First Wins of the Day in either Unranked or Versus A.I. play.

On top of all this, you'll be able to play Co-Op Commanders - current and upcoming - for free up to level five, with the weekly mutation level restriction removed. That said, exempt from the level five limit will be Raynor, Kerrigan, and Artanis, who you'll be able to level up however high you wish, for free.

For those who wish to buy Heart of the Swarm, Legacy of the Void, and Nova Covert Ops, they will be available to purchase for $14.99 individually, or $39.99 as a pack. If you have purchased all three campaigns as of October 31, Blizzard will be sending you an exclusive Ghost skin and three new portraits, as a thank you.

This is certainly an interesting move in light of the free release of the original StarCraft to coincide with StarCraft: Remastered from earlier this year and the freshly announced World of Warcraft Classic flavour.