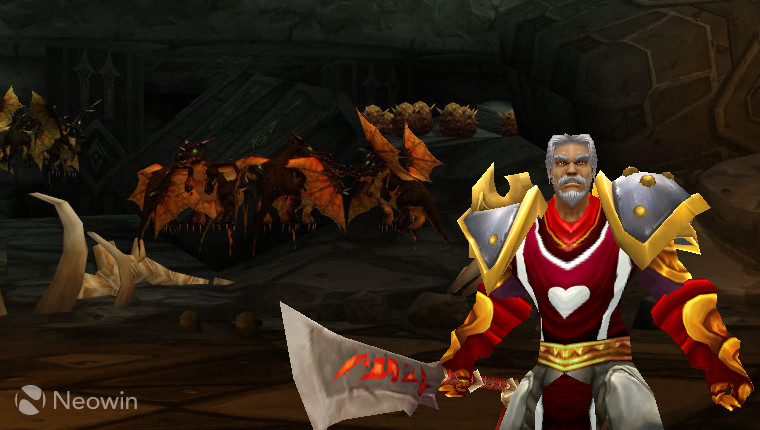 It will be like a lump of coal in their stocking for some internet denizens that want to believe that wayward Alliance paladin Leeroy Jenkins really did wipe his World of Warcraft guild more than 12 years ago. But, I'm sorry, Virginia: It was all staged, as a new video has been released showing a trial run made before the official version was ever posted.

The dry run was released by Ben “Anfrony” Vinson, the player that was running the camera that day back in May 2005. He said that he had been holding on to it for some time, and was waiting for the "right moment," but the recent FCC ruling repealing net neutrality seemed like the best time to do it to show support for keeping the ISP restrictions. Chairman Ajit Pai's condescending video also provided some impetus, Vinson said in the YouTube post.

The guild, Pals for Life, came up with idea for the video after all of the failed runs through one of the popular raids of the time, Upper Blackrock Spire. “We didn’t think anyone would believe it was real,” Vinson told Kotaku via e-mail. "We thought it was so obviously satire, but we were wrong.”

For those unfamiliar with the raid, there was an area where stepping on eggs while making your way through the area would spawn dragons. They were easy to avoid if you knew what to do, but the guild still ran into people they would bring with them that didn't know how to avoid them. The Leeroy Jenkins video was meant to poke fun at that.

“We woke up the next morning and our friend had a nasty email from his ISP about having to shut down his server due to too much bandwidth usage," Vinson said about the day after the video was released, "and at that point the video was already everywhere, it was out of our hands.”

Here' the original video for comparison:

With all the time that has passed, Vinson and Leeroy (real-life name Ben Schulz) decided the FCC ruling was the perfect reason to get the dry run video out there now. Schulz even posted on the Battle.net forums:

In an attempt to keep attention on Net Neutrality, Anfrony has posted a never before seen first take of "A rough go". Hope you all enjoy!

This should answer the on-going question that we all already knew the answer to, and hopefully support a good cause:

So there it is. After all the speculation of fake or real, moron or hero, we now have our answer.