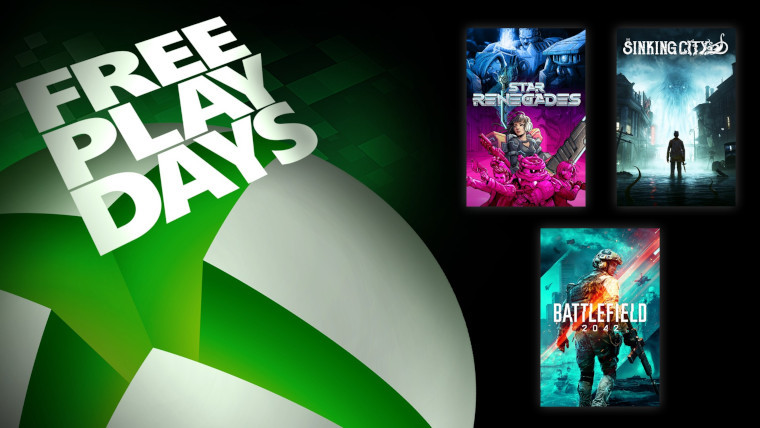 As part of its Free Play Days scheme, Microsoft has announced that gamers will be able to play Battlefield 2042, Star Renegades, and The Sinking City for free this weekend. The only condition to play is that you have a subscription to Xbox Live Gold or Xbox Game Pass Ultimate. The event will run from now until Sunday at 11:59 p.m. PST.

In addition to being free to play over the weekend, the games come with discounts of up to 80% off. The games and each of the discounts are as follows:

To begin with Free Play Days, switch on your Xbox console then go to the Xbox Store. From here, you’ll need to go to the Subscriptions tab and head to the Gold member area and locate the Free Play Days collection. After downloading, you can play them and keep any achievements you unlock during the event.

If you’d like to learn more about Xbox’s Free Play Days, head over to the support pages where Microsoft answers common questions that customers have about the event.