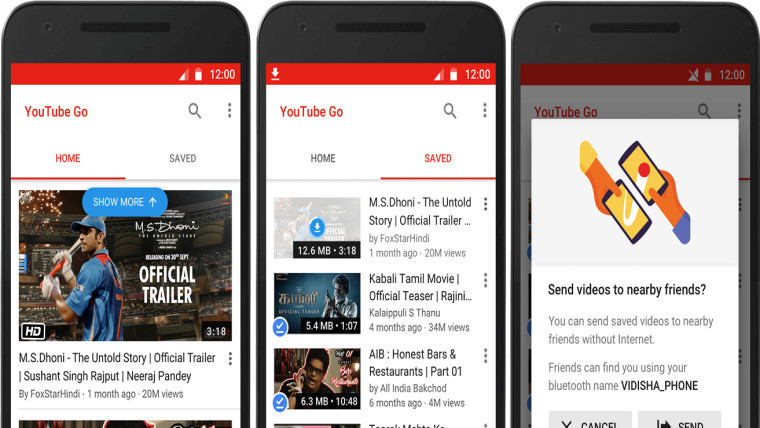 Google announced YouTube Go in September last year, giving users the ability to download, view, and share the videos for free. The app was initially launched into beta in April in the Google Play Store and is now ready to come out of beta in India and Indonesia.

The app basically allows users to download and subsequently view content more freely even with a slow mobile data or no internet connection. The app enables users to keep on top of their data usage by displaying how much data will be utilized while the video is being downloaded. An interesting feature of the app is the ability to share offline videos with your nearby friends and family via Bluetooth and Wi-Fi Direct which can also help them save using up their data consumption. ​The app allows users to download videos in three resolutions: 144p, 360p, and 480p which has most recently been added.

At present, it appears that the stable release is only available in India and Indonesia, but it's likely that it will roll out in more developing countries in the coming months.