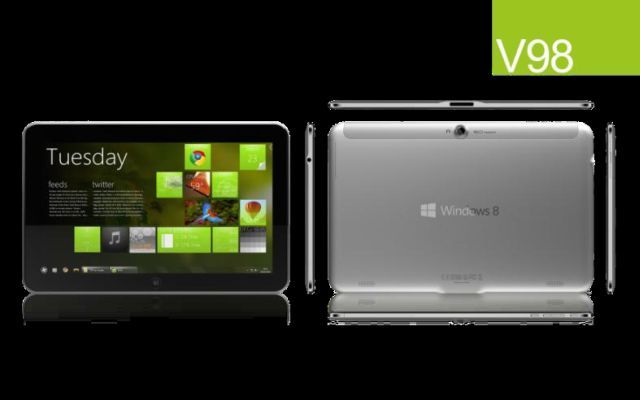 ZTE hinted strongly that it would release a Windows 8-based tablet a few days ago. Today, as part of Intel's Clover Trail press event in San Francisco, the first concrete details were revealed of the tablet, which will be called the ZTE V98.

The 10.1 inch tablet is supposed to be just 8.9mm thick and weight less than 700 grams, according to ZTE. The V98 offers 2 GB of RAM and 32 GB of storage. It also has an eight megapixel rear camera and a two megapixel front facing camera. Both cameras support recording 1080p video.

The tablet is apparently ready to work on cellular networks. The ZTE V98 will support LTE or UMTS networks in addition to WiFi. ZTE did not state how much it will charge for the tablet nor did it offer a specific release date, although we would assume it will go on sale around the time of the Windows 8 launch.

ZTE is also apparently working on new Windows Phone 7.8 and Windows Phone 8 products in addition to the Windows 8-based tablet. It's currently unknown if the Chinese-based company will offer any of these Microsoft OS-based products for sale in the US.

Update: Engadget reports they got some hands on time with this tablet but they also say it won't be out until the first quarter of 2013.