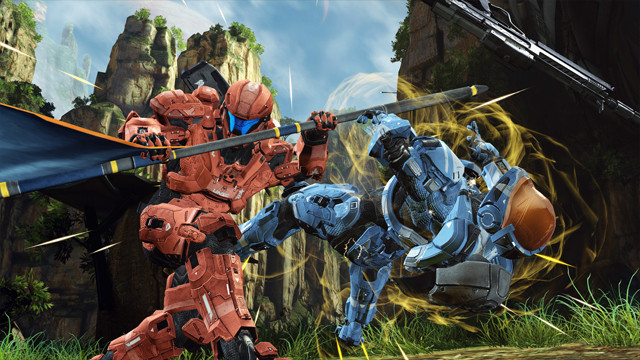 Microsoft founded 343 Industries with the sole purpose of developing its Halo franchise following Bungie's spin off into a private company. According to a studio official, that may include expanding the franchise to new areas.

Speaking to Polygon in a new interview, Kiki Wolfkill, an executive producer at the studio, said 343 Industries will continue attempting to advance the Halo franchise's main entries – first-person shooters – while also potentially trying some new genres, much like Ensemble Studios did with its real-time strategy "Halo Wars."

Wolfkill added that future games in the franchise may feature protagonists besides Master Chief, similar to "Halo 3: ODST" or "Halo: Reach," although she made it clear that "Master Chief is not going away."

"Halo 4," 343 Industries' first game, was released last year to both critical and commercial success. That game is the first title of a planned "Reclaimer trilogy" that will see the franchise taking on the Forerunner, a species that created the Halo rings in the series' mythology.

If Microsoft continues with its "leapfrog" strategy that sees it alternating Halo and Gears of War games each year, a new entry in the franchise will likely be released in fall 2014.