A source has told Pocket-Lint that the rumoured octa-core 64-bit BlackBerry device will be coming in September of this year rather than in 2015, as previously thought. 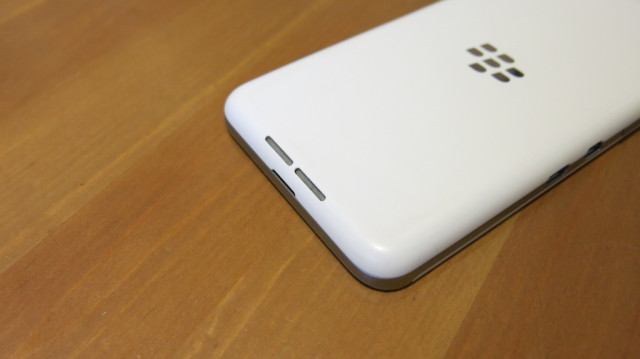 The rumoured 64-bit, octa-core BlackBerry could now arrive this year rather than next

Pocket-Lint's source said that they were "100 per cent [certain]" that the device will definitely have a 64-bit processor and that it will support OpenGL 3 which will allow for incredibly detailed rendering of graphics, as well as support for advanced shading and 3D objects on the device. OpenGL is utilised in BlackBerry's current BlackBerry 10 OS but to limited effect and the new distribution that is rumoured to be included with this new handset will make many more features of OpenGL available to BlackBerry app developers.

The device is expected to use a Qualcomm Snapdragon MSM8994 that will run at 2.5GHz per core.

Alongside this 8-core goliath, BlackBerry is also speculated to be working on a couple of handset ranges including successors to the W and B series and several mid-range articles, one of which is expected to be called the BlackBerry Ontario. Pocket-Lint's source has not yet informed them of any developments regarding these handsets, however. Depending on price, the octa-core monster at the centre of today's news could enable BlackBerry to get themselves right back onto the top of the smartphone mountain, at least in terms of good raw processing power.