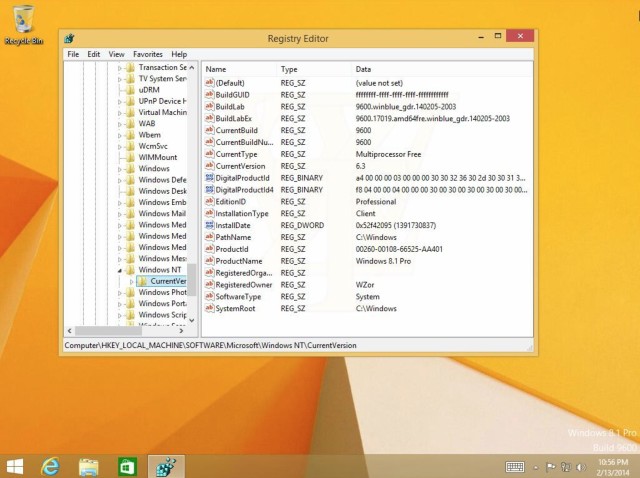 Windows 8.1 update 1 leaks are popping up all over the place. With each week, it seems like a new build is arriving in the hands of testers who then promptly distribute the bits to parties outside of Microsoft’s intended circle.

This time around, build 17019 has found its way out and while the screenshot above does not provide anything exciting, according to the source, the build is now in escrow which indicates that a signoff and RTM distribution should occur very soon.

This all aligns to the expectations that update 1 will arrive in April which is only a little over 6 weeks away.  If all holds true to recent rumors, the bits will be released on patch Tuesday and come via a Windows update rather than being distributed through the Windows Store.

Even though the updates are not revolutionary and could be considered to be backpedaling by Microsoft, they do make using Windows 8’s modern environment much more friendly for mouse and keyboard users.

No information yet on if this build will leak like the previous ones, but we should get some more screenshots, possibly later today, that will let us know if there are any other new features tucked inside this build.