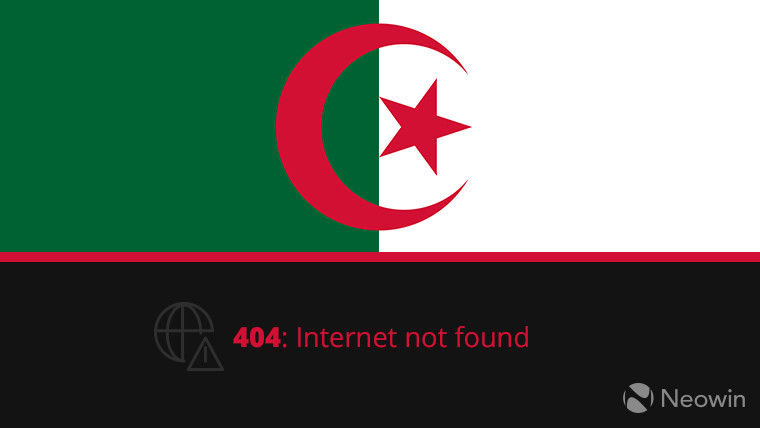 This time of year is usually exam season, whether it's for university or high school students. For the latter in Algeria however, things will be changed a tad this year.

According to the BBC, the country's Education minister, Nouria Benghabrit, has stated that the North African country has turned off its internet connectivity - both wired and mobile - in a bid to tackle cheating during exams. This behavior will continue throughout exam season (June 20-25), and is further cemented by the widespread cheating back in 2016, when exam questions and answers were leaked online both before and during exams.

Social media access was restricted last year and will continue to be in 2018 as well, with Facebook being blocked throughout this six day period.

Furthermore, electronic devices with the ability to access the internet are banned for both students and school staff from all 2,000 exam halls, and surveillance cameras as well as mobile phone jammers have been installed at exam printing presses.

Benghabrit stated that despite not being comfortable with the decision "we should not passively stand in front of such a possible leak".

What's your take on this move? Sound off below.