A copy of one of the most iconic video games in history, Super Mario Bros. was sold for a shocking $114,000 at an auction in the U.S. The auction, which saw a collection of video game titles from the 80s and the 90s, reached a total value of $700,000.

As reported by Associated Press, this vintage, unopened copy of Super Mario Bros. went on auction on Friday 10th July at Dallas-based Heritage Auctions. There were other titles up for auction as well. Among many others, there was also Mike Tyson’s Punch Out which was released in 1987, was based on the boxing champion, and sold for $50,400. 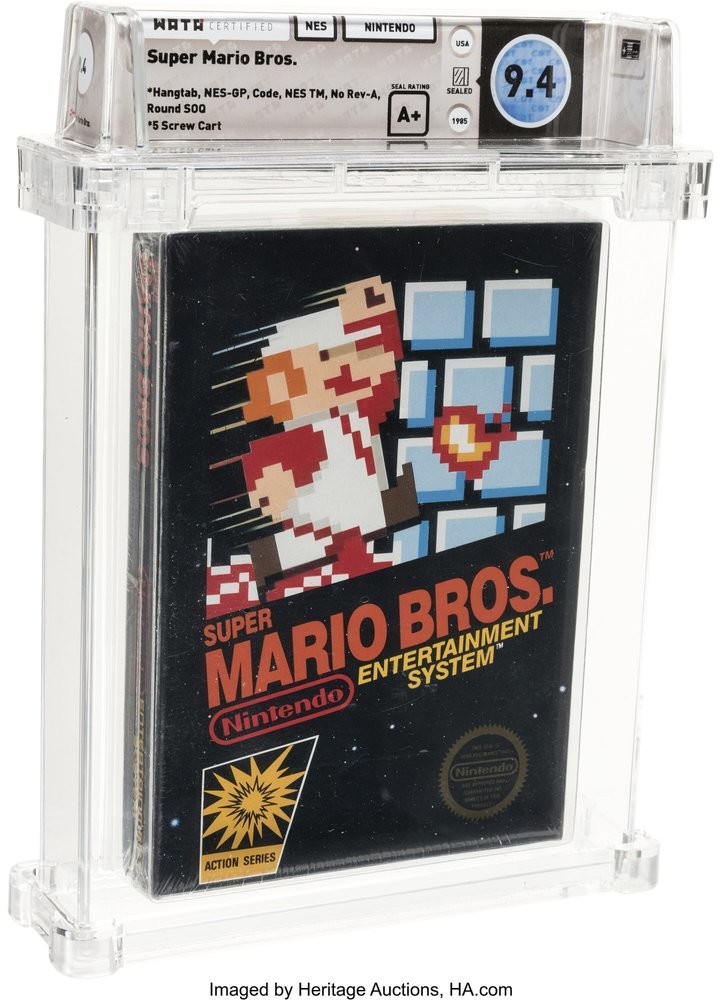 Super Mario Bros, was released in 1985 and built for the Nintendo NES (Nintendo Entertainment System) console. The game was created by Singeru Miyamoto and reportedly sold more than 330 million copies worldwide making it one of the best-selling video games.

And since this was an unopened copy of the game, Heritage expected a good response. The auctioneer’s target for all the games was reportedly set at $500,000 but buyers snapped up individual copies and the collection ended up bringing in nearly $700,000. The winner of the Super Mario Bros game chose to remain anonymous.