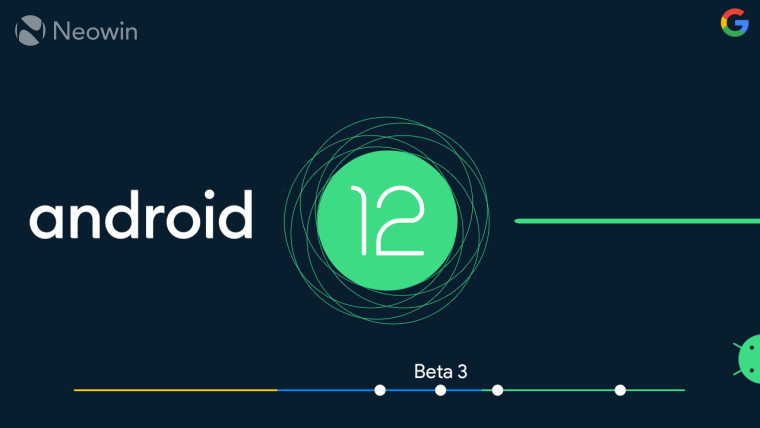 Google announced Android 12 during its I/O conference in May, unveiling a major UI refresh called Material You, along with other improvements such as privacy-focused enhancements, and more. The firm has since released two betas, with the second beta bringing the adaptive accent colors shown off during the conference. Today, the firm is rolling out Android 12 Beta 3 that brings with it a few new features such as scrolling screenshots, auto-rotate improvements, and more.

Native support for scrolling screenshots has been a long-awaited feature in Android. While the search giant aimed to add it to Android 11, it decided against introducing the feature due to the experience being sub-optimal. Now, the feature is being added to Android 12 and it works as you'd expect. A new ‘Capture more’ button allows users to “extend” the screenshot, with the ability to also crop the image.

The company adds that it is introducing a new ScrollCaptureAPI for “apps and UI toolkits that are not using View-based UI or that use highly customized UI”. It adds that with Beta 4, it will be making more improvements to the feature, adding support for scrolling ListViews.

Another significant improvement made with Beta 3 includes improvements to auto-rotate. The feature now supports face detection, meaning the system can tell how the phone is oriented with respect to the users’ faces, allowing for reliable auto-rotation, without having to force the users to lock the orientation of the device. Some use cases that the firm lists include lying down on a couch or in bed, where users might want the display to remain in portrait mode.

For those curious, the company notes that the feature “lives within [their] recently announced Private Compute Core, so images are never stored or sent off the device.” Currently, the feature will be available for users running Beta 3 on the Pixel 4 or newer phones.

Beta 3 also brings improvements to search, thanks to a new “high-performance on-device search engine” called AppSearch. This allows apps to improve indexing structured data better, allowing for quicker results and more. You can read more about the AppSearch package here.

Other improvements being made with the third beta release include the ability for developers to tweak the position of the privacy indicators using the Privacy indicator APIs. This helps avoid the indicators from overlapping the content on the screen. The Camera and Microphone toggles can now be configured by enterprises depending on any specific requirements. There are also improvements for gaming, thanks to the GameMode APIs that help balance the performance of the device. Additionally, “play as you download”, as the name suggests, lets bits of a game be downloaded in the background during installation, letting users get to larger games quicker.

Lastly, the firm says that Beta 3 contains the final APIs that will ship with Android 12, with Beta 4 being one that will attain platform stability, meaning that all user-facing behavior will be finalized. You can head to the release notes and the linked documents to read through the entire changelog for Beta 3 here.