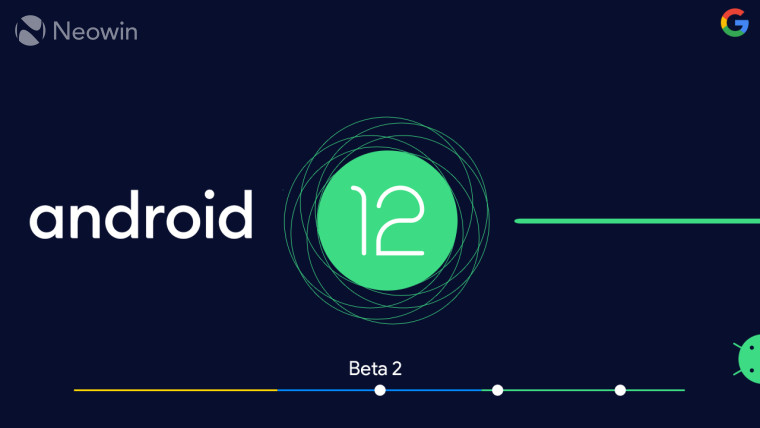 Google formally announced Android 12 during its I/O conference last month, unveiling a major UI refresh called Material You, along with other improvements coming to the OS, including privacy enhancements and more. Soon after the announcement, the search giant made available the first beta build for supported devices.

Today, the company is beginning the rollout of Android 12 Beta 2 to supported Pixel devices, bringing the previously announced Privacy Dashboard, along with minor new features. As is the case always, the firm does not provide an exhaustive list of the changes, so more granular improvements and additions will start cropping up once the update makes it to more testers.

As for the features noted in the changelog, the first one is the addition of the Privacy Dashboard, a feature that provides a run-down of the kind of user data and device components – such as the microphone or camera – accessed by apps in the form of a timeline. The dashboard also allows users to view why an app has accessed sensitive data and go ahead and tweak permissions for that app as desired.

Today’s release also adds two new indicators to the status bar for camera and microphone usage with an option in Quick Settings to view which apps are accessing the components. The company has linked to documentation for developers providing information on the specifics of the indicators. Supported devices are also receiving Quick Settings toggles that let users instantly disable access to the camera and microphone for the apps using them.

There are improvements to clipboard access notifications as well, thanks to Clipboard read notifications. The OS now displays a toast notification to let users know when an app accesses the contents in the clipboard. However, the feature is smart enough to not show these toasts when the content is copied from the same app.

Lastly, the Mountain View giant is improving the “connectivity experience” by introducing a simpler UI for the Status Bar, Quick Settings, and Settings relating to network connections. This includes a new ‘Internet’ panel that allows for quick and intuitive network switching and troubleshooting.

Some users on Reddit have also begun reporting that the adaptive accent colors have begun showing up on menus, suggesting that the Material You-specific improvements are beginning to be applied. We can confirm that at least one of our devices is adapting the Quick Settings accent color to that of the wallpaper (screenshot below).

Android 12 Beta 2 is now rolling out to supported Pixel devices and will be available through other OEMs that are part of the beta program separately. The firm also noted that Beta 2 is now available for Android TV, so users with the ADT-3 developer kit can try out the changes and new features.

With this release, there are now roughly two more Beta updates before general availability, with the fourth Beta expected to reach the platform stability milestone which signals that the OS features are locked in for release, except for bug fixes.

Developers can head to the detailed documentation and links present here to learn about the behavior changes and API additions for Android 12.