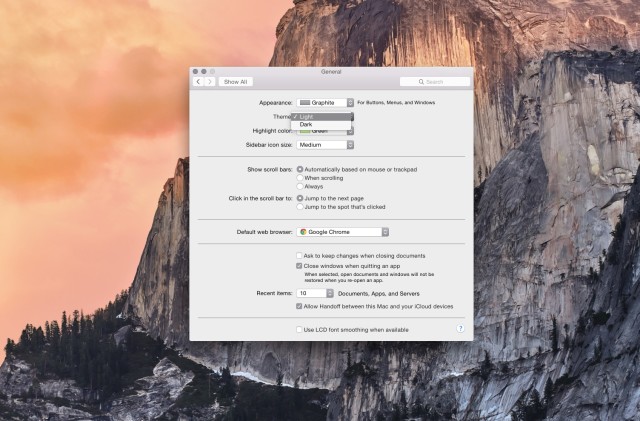 Apple has released two new betas today for iOS 8 and OS X 10.10, which is the third release for the beta cycle. You can download the updates by going to the App Store on OS X or checking for software updates on iOS.

For OS X 10.10, there are a few new icons and 'dark mode' has now been turned on which, as the name implies, is a darker theme for OS X that was shown off at WWDC. Additionally, it looks like multi-monitor support in beta 3 is much improved as well as it is easier to individually adjust each display. iOS 8 beta three brings with it more stability and for T-Mobile customers, Wi-Fi calling has been enabled.

Apple will be launching both platforms later this year and both bring many new features to the mobile and desktop operating systems. You can take a look at OS X Yosemite here and iOS 8, here, to gain a better understanding of each operating system and what's on offer.

As always, pre-release software from Apple (or any other vendor) is intended for testing purposes only and should not be installed on production machines. If you do decided to test out the new builds, let us know if you find anything new in the comments below.