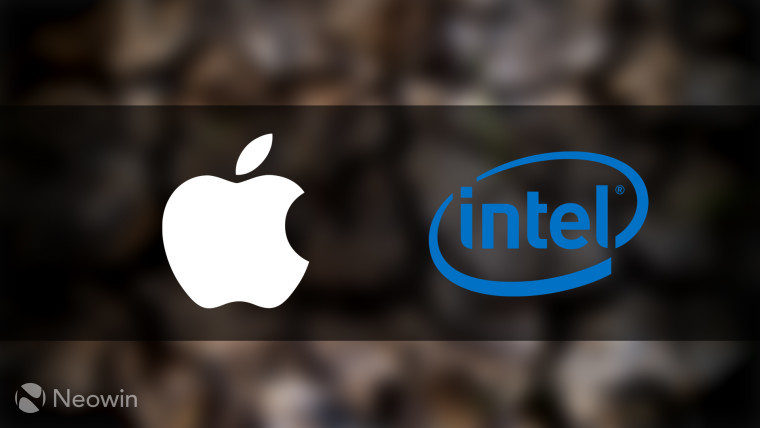 Apple has been reportedly working hard to decrease its reliance on third parties and partners for key components used in its products; from considering ARM-based CPUs as a replacement for Intel on its Mac lineup to developing its own display technologies.

Today, a Bloomberg report suggests that Apple may be taking the biggest step towards at least one of those goals, with the company reported to be working on replacing Intel chips used in the Mac line of computers with its own processors by as early as 2020. As per the report, citing sources close to the matter, the project is codenamed ‘Kalamata’, is still in early stages of development, and is ﻿part of a larger strategy to make iPhones, iPads, and Macs work seamlessly with each other.

Apple began using Intel chips for its Mac lineup﻿ in 2005, moving away from processors developed by the Apple-IBM-Motorola (AIM) alliance known as PowerPC.

It must be noted, however, that Apple isn't alien to the concept of designing its own chips; the company designs its own ARM-based chips for its iPhone, iPad, and Apple Watch lineups , but they are manufactured by third-parties such as TSMC and Samsung Electronics. It also develops co-processors such as the T series chips for custom functions on the late 2016 and 2017 MacBook Pro and the 2017 iMac Pro, and custom W series chips that are used for connectivity on the Apple watch.

This report does corroborate previous rumors, with Apple also been reported to be working on a new universal platform, codenamed 'Marzipan', that will let apps leverage both touch and mouse/keyboard input, effectively making it possible to bring iPhone and iPad apps to the Mac, which, per other reports, will make it to the macOS release as early as later this year.

If Apple succeeds in developing its own processors for the Mac, the company will likely be able to further tightly integrate its software and hardware offerings, but it wouldn't be the first to try unify its platforms.Google has made it possible to run Android apps on ChromeOS, and Microsoft has created an entire unified app platform to build apps that target multiple device types and form factors. Apple would, however, be the first to integrate its own hardware with its software to such an extent, allowing it to release products without having to wait for new generation Intel chips to be released and have tighter control over design and security.

If the report is accurate, Apple's plans also pose a huge blow to Intel. According to Bloomberg’s supply chain analysis, five percent of Intel’s revenue comes from the business with Apple. Intel is also losing its position on the other side with Microsoft and PC-manufacturers looking to go the way of ARM-processors, allowing for the Always Connected PCs running on Qualcomm’s Snapdragon chips, though with a few limitations.

It will be interesting to see how all of this pans out, what features make it to macOS later this year, and if Apple indeed announces the ability to run iOS apps on macOS, enabling a barrage of possibilities. However, as with all unconfirmed reports and rumors, take this information with a pinch of salt, as internal plans are prone to change or be canceled.