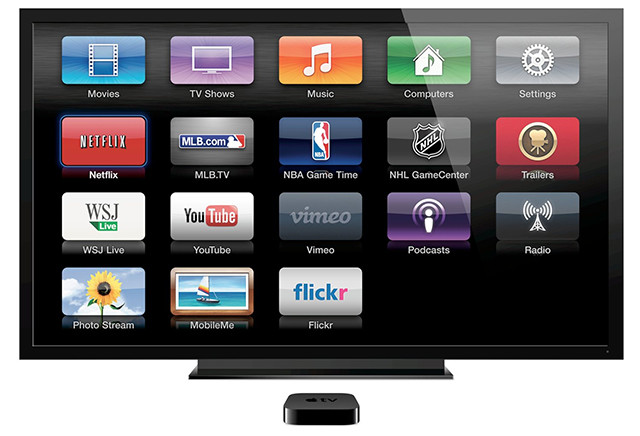 Apple has long been rumored to be working on a television, though little information has actually been revealed about the device. According to a new report, however, it will be preceded by something else: a set-top box with gaming capabilities.

Mark Gurman of 9to5Mac reports that Apple's new set-top box "will include a revamped operating system that is likely to be based on iOS," adding that it will "include new types of content," possibly including games. A separate report from iLounge claims Apple will update its currently Apple TV product line to include gaming support. The report claims Apple TV would gain the capabilities through the use of Bluetooth, and previous iterations of the device will support games, though it's not known if they would be stored locally or in the cloud.

Both reports claim a similar time frame for an announcement: 9to5Mac claims the new set-top box will likely launch in the first half of this year, while iLounge claims the Apple TV gaming update will be released in March.

Apple's long-gestating TV plans have been the source of rampant media speculation. Those rumors were recently fueled by Apple CEO Tim Cook's 2013 year-end memo to employees, which said the company has "big plans" for 2014. In 2012, it was reported Apple is working on a TV with Kinect-like capabilities, and in November the company purchased PrimeSense, which was behind the original Kinect sensor. Another 2012 rumor claimed Apple's TV would include "seamless Siri integration."