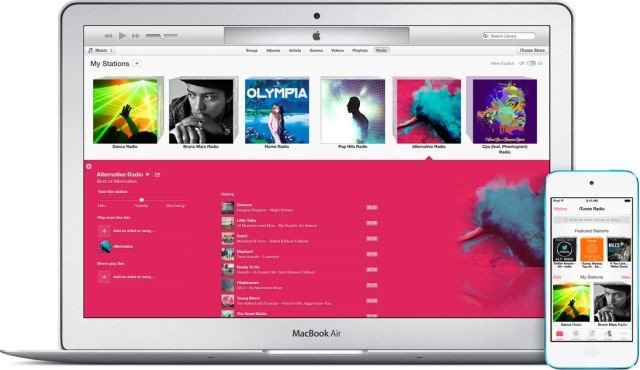 Apple launched iTunes Radio in 2013, but is an on-demand streaming service in the works?

Apple is still on top of the digital music business with iTunes but now the company's download business model is facing lower sales. That could be the reason why Apple is rumored to be thinking about launching an on-demand streaming service, along with finally expanding iTunes to Android devices.

Apple did launch iTunes Radio in 2013 as part of iTunes 11.1, but that service only gives users a limited amount of control over the music they hear. Billboard reports, via unnamed sources, that Apple is currently in early talks with music publishers about offering a steaming service similar to Spotify where users would pay a subscription fee in exchange for full control over streaming music from a library of tracks. The same story says that Apple has thought about spinning off iTunes Radio out of the iTunes and into its own streaming app.

The article also says that Apple may finally be considering opening up iTunes to Android smartphones and tablets. Google's mobile OS is installed on the vast majority of smartphones worldwide, while iTunes is available only on iOS, Mac and Windows desktop devices.

While iTunes still rules as the world's largest music download service, Nielsen SoundScan says that digital album sales in the U.S. were down 13 percent for the week that ended March 13 compared to 2013. Meanwhile revenues from streaming services (which include ads, subscriptions and licensing) were up 39 percent in 2013 compared to 2012 in the U.S.