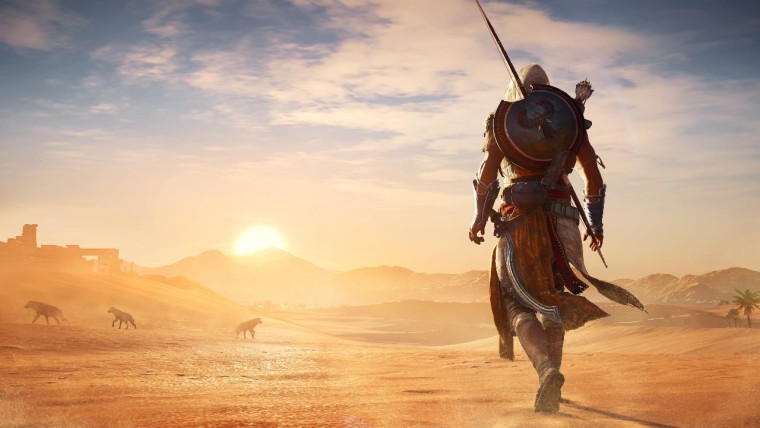 Analysts may not think much of the Xbox One X, but that's not stopping game industry veterans from heaping praise on Microsoft's upcoming powerhouse games console. With more and more support coming ahead of the November 7 release, it may come as no surprise when you hear Assassin's Creed: Origins producer, Julien Laferriere, talk well of Microsoft's upcoming console.

In a conversation had with We Write Things, Laferriere heaped praise on the Xbox One X and its powerful hardware set.

“We always like to have new toys to play with. Our friends at Microsoft were kind enough to build the Xbox One X. It’s a really cool machine. What it enables for us is we built a dynamic resolution system. What that does on Xbox One X is it enables us to render the game in full 4K. The world we crafted on 4K is amazing. That’s just one of the things we can now do on Xbox One X"

The dynamic resolution system in Assassin's Creed: Origins is designed to monitor performance in-game and change resolutions should available resources get overwhelmed. That means that if a heavier workload suddenly hits the console, the game engine can quickly drop the resolution down and allow the game to continue running smoothly. For the PS4 Pro, it's more likely to handle Origins at sub-4K resolutions for most of the game. For the Xbox One X, it sounds as if the console has enough headroom that there won't be much scaling down, if any, during gameplay.

Despite having more headroom, Ubisoft opted to keep more parity between the One X and PS4 Pro versions by locking the frame-rate at 30 FPS. This allows for more visual effects and greater drawing distances, since the game engine isn't having to pull double-duty by rendering on-screen images at 60 FPS.

Assassin's Creed: Origins initially releases on October 27 on all platforms and will be available at launch (Nov. 7) for the Xbox One X.