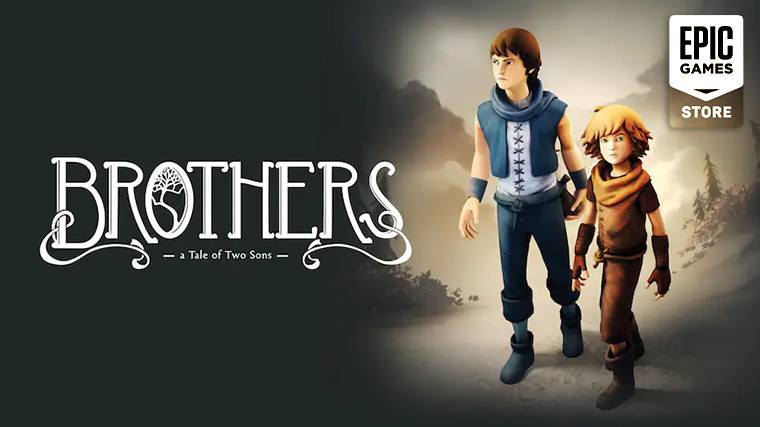 The latest Epic Games Store freebie has materialized, and it is a copy of Brothers - A Tale of Two Sons just as the company announced last week. However, this does mean that the previous Windbound giveaway has run its course. The new game will be available to claim for a week as usual.

Released in 2013, Brothers: A Tale of Two Sons offers a third-person perspective story of two siblings setting out to find a cure for their father's mysterious illness. The title uses a unique gameplay mechanism where each brother is controlled by an analog stick, offering a single-player 'coop' experience where you'll be exploring the world, solving puzzles, and even fighting bosses while directing the actions of two characters at once.

The title is directed by Josef Fares, the mind behind A Way Out and It Takes Two cooperative games. Here's how the store page describes the setting:

A man, clinging to life. His two sons, desperate to cure their ailing father, are left with but one option. They must set out upon a journey to find and bring back the "Water of Life" as they come to rely on one another to survive. One must be strong where the other is weak, brave where the other is fearful, they must be... Brothers. This is one journey you will never forget.

Brothers - A Tale of Two Sons costs $14.99 to purchase typically when not on sale. Here are the minimum requirements:

The giveaway for Brothers - A Tale of Two Sons will last until next Thursday, February 24. Coming up next as a freebie on the same date is the indie time traveling RPG CrisTales.