CD Projekt-owned game distribution platform GOG has announced the latest update for the closed beta of its GOG Galaxy 2.0 launcher.

Positioned as a hub for your entire game collection, Galaxy 2.0 builds on the features showcased in the first variant of the launcher, while also adding capabilities found in solutions like Playnite. Crucially however, the app remains optional for folks who gravitated towards GOG for its DRM-free stance.

Compared to version 2.0.2 released back in June - a hands-on with which we've published -, version 2.0.5, codenamed the Atlas Update, brings in a powerful global search feature, more granular customization for the Grid and List views of your games, a downloads tab, and a greatly enhanced manual game addition capability.

Starting with global search, folks will now be able to scour various sources for games - both owned and not -, as well as friends, different genres, and even games based on rating. This feature works in a very similar vein to programs like Launchy, and can be accessed via the magnifying glass in the top right of the sidebar, or by pressing Ctrl+F (Command+F on the Mac).

The results returned feature both games you own and those you don't, along with the ability to show the selected game - which leads to a library landing page -, install it, play it, or mark it as owned. A little more on that last one in just a bit. You can check out the described features in the mini-gallery below. 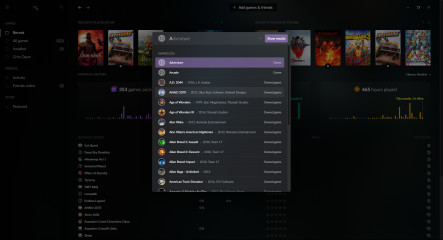 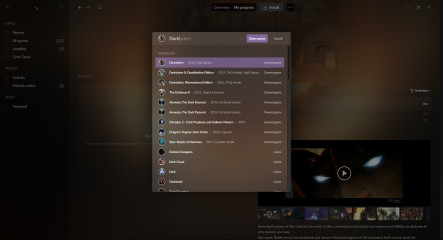 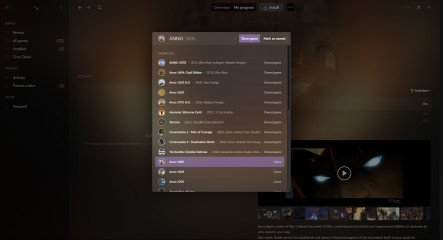 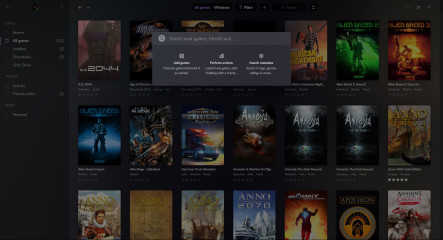 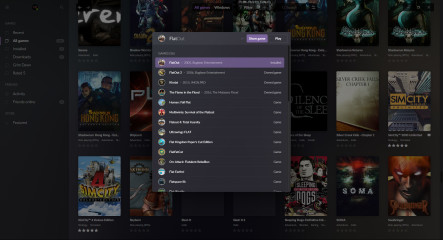 Next up is the "mark as owned" feature, part of this latest update's enhanced manual game addition capability. What it essentially allows you to do is to search for a game, mark it as owned, and then link the generated library page to the relevant executable on your PC. This will in turn allow Galaxy 2.0 to track your time played in this title, though it's unclear if achievement tracking will also work if you go this route.

If you've accidentally marked the wrong game or linked the wrong executable, you can also undo these steps via the handy ellipsis menu at the top of the library page.

For their part, both the List and Grid views of the library have been enhanced with more customization options.

List view can now be customized by adding columns for achievement percentage, critic rating, game icon, game time, genre, last time played, platform - both icon and name -, your own rating (out of five stars), release year, and your tags. These columns can also be rearranged to your liking, and your games can be sorted by critic rating, genre, platform, personal rating, release date, tags, and status (installed or not).

Grid view has similar sorting options, though in terms of customization, you can also show - beyond the simple rectangular box art -, the title, personal rating, status (installed or not), and additional data. The last checkbox can display one of five things: platform, genre, company (the game's developer and publisher), your personal tags, and your stats - percentage of total achievements gotten and time played.

Grid view's status display also acts like a shortcut for the game, allowing you to essentially launch the desired title directly, without needing to go to its library page. You can check out all these features in the gallery below. 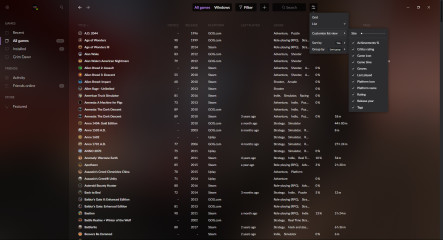 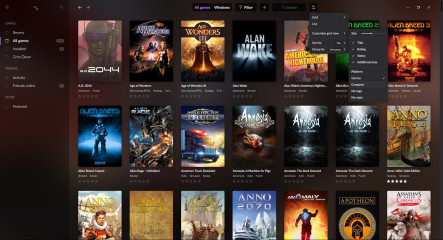 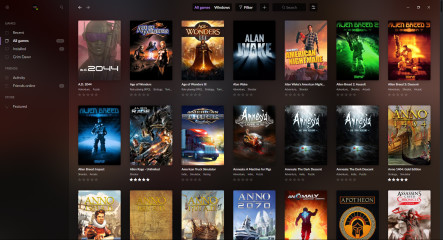 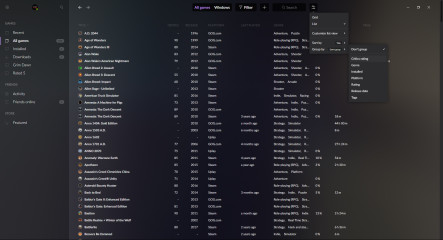 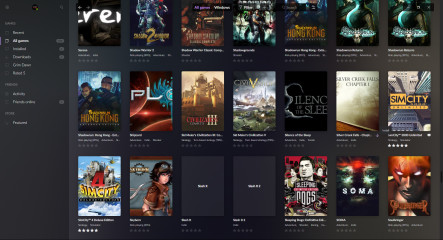 Beyond the features above, a dedicated downloads tab has been added, which shows up whenever you have queued games to update or install. Unlike Galaxy 1.0, this view isn't limited to the sidebar, but it has its dedicated page, on which you can also easily reorder items. Unfortunately, this only works for GOG games at the moment.

For those who want a quick overview of the new features but don't want to dig through the changelog, there's also a what's new option, which displays the highlights of Galaxy 2.0's latest iteration, complete with a link to a video demo (if available).

And since it was mentioned here's the reasonably extensive changelog in this version:

As with any pre-release software, there are some known issues folks need to be aware of, helpfully displayed at the top of the changelog:

It goes without saying that because of the development stage at which Galaxy 2.0 is, there are still some rough edges, and features such as the ability to access game extras and backups aren't present yet. Keep that in mind if you get accepted into the closed beta.

You can sign up for the beta at this link, though access is given via invites that are regularly being sent out. If you do obtain the executable for the beta but you haven't received your invite, logging into the program will not work.

What's your take on the capabilities added in this update? Sound off in the comments below!