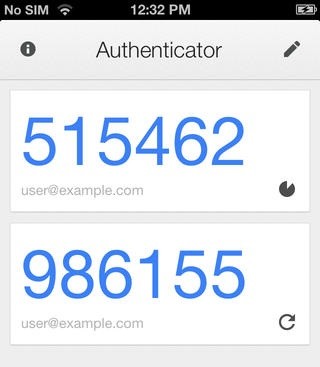 What with two-step authentication becoming more commonplace these days in order to keep your online presence somewhat more secure, the tools that allow it also need updating every now and then.

Late last night the Google Authenticator received a major update on iTunes to version 2.0 which included a new look, and added retina display support for the iPhone 5, but theres no native support for the iPad yet.

It still works the same way as before, punching out login codes in order to access your Google account(s), but as early adopter and iOS developer Steve Stresa discovered after updating:

The update removes your account information, which isn't actually mentioned anywhere on the iTunes app page or changelog either. So you'll be required to pair your account info again after updating.

So be sure you have your account details safely backed up to a mobile number before you hit the update button.