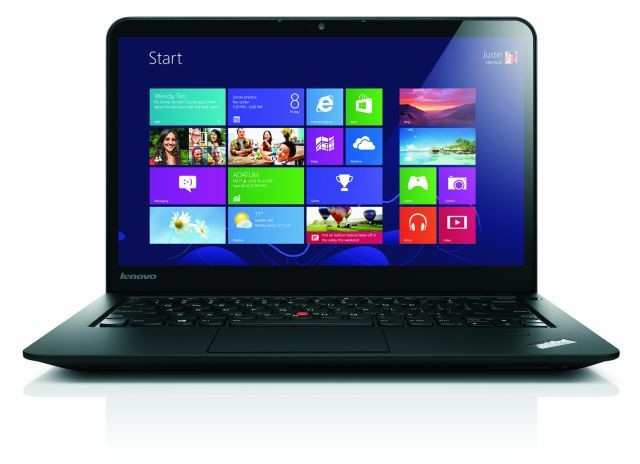 Lenovo is now the biggest single PC maker in the world and has even managed to grow its business while other companies have seen their share of the market drop. Part of the reason for Lenovo's success can be attributed to sales of its ThinkPad lineup of notebooks and today the company announced several new models will be released this fall.

The announcement, made ahead of this week's IFA trade show in Berlin, reveals the new ThinkPad S540 and S440 Ultrabooks (the S440 is shown above), both of which will be released in Europe in the September-October time frame (there's no word on a US release yet). In addition, the company will release the ThinkPad T440s and T440 models, which will launch in the US in the end of October, along with the ThinkPad X240 ultraportable. The fact that these PCs will be released at the end of October likely means they will come with Microsoft's Windows 8.1 update out of the box.

Lenovo states all of the models will have Intel's fourth generation Core (Haswell) processors inside:

The new modern design of the ThinkPad laptops delivers the performance users expect in business while eliciting the excitement and appeal of a consumer designed laptop. This includes 20 percent thinner form factors, a variety of panel options and up to 45 percent larger trackpads with improved click functionality supporting Windows 8 gestures.

In addition, Lenovo says these new ThinkPads support its Power Bridge technology, which allows for these laptops to swap out external batteries without having to power down the notebooks.

The 12.5 inch Lenovo ThinkPad X240 is the smallest of the new models at three pounds and just 0.8 inches thick, while also offering up to 17 hours of battery life with a starting price of $1,099. The ThinkPad T440s and T440 models are mid-range notebooks, with the T440 starting at $899 and the T440s starting at $1,149. The ThinkPad S540 and S440 laptops have been designed to have a "floating PC" look to them. Again, they will be launched in Europe first with the starting price of 649 euros.