According to a report by Techdows, Google is working on adding a download scheduler for Chrome on Android. The feature will basically let users download files via the browser at a future date and time by giving detailed options right in the download dialog, reducing the need to download a third-party download manager for your smartphone.

Google calls the feature ‘download later’ and for now it also lets users choose to download a file by just using Wi-Fi (when available) and even select the destination folder. There’s even a check box that will save those preferences so they won’t be prompted about it every time they have to download a file.

Google is currently working on the feature but there is no clarity about when it would arrive on the stable version. But the source mentions that Chrome Canary also lets you do it by enabling an experimental flag called ‘Enable download later’. Techdows tried out the feature but managed to get it work only once. We gave it a shot as well, but were unsuccessful in activating the new feature.

If you want to have a go at it right now, here's what you need to do: 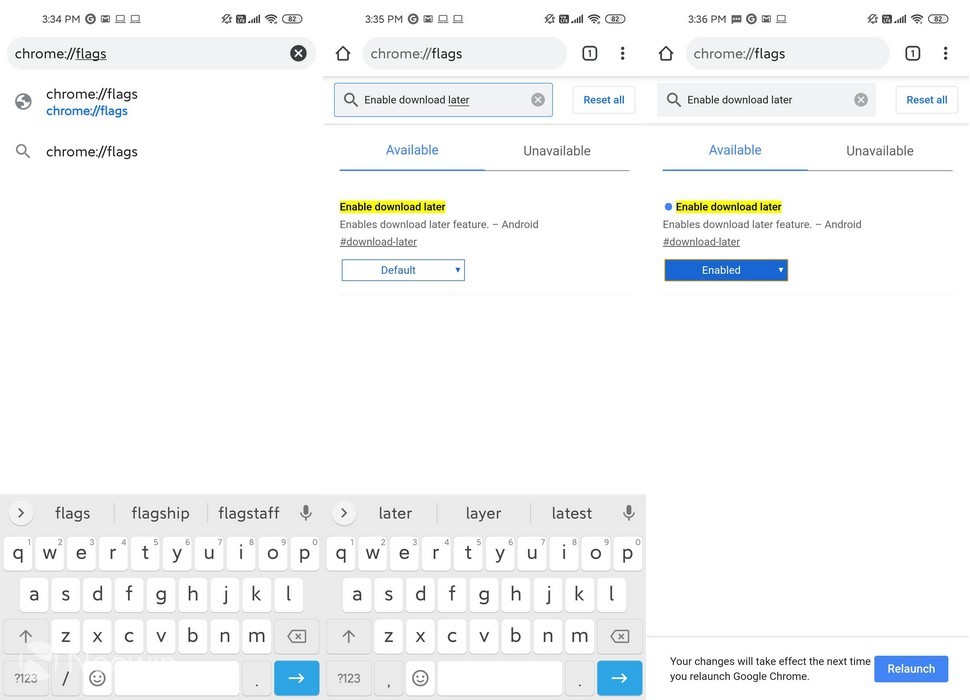 Also arriving soon, as per the source, will be a ‘Scheduled for later’ section in the downloads page that will show and let users manage pending downloads.