Without making too much of a fuss, HTC has officially taken the veil off of the not-so-secret U11+, a larger sibling to the flagship the company launched earlier this year. The device brings along with it the same elegant design, incorporates an edge-to-edge display, and a squeezable frame that one can find on devices like the Google Pixel 2. 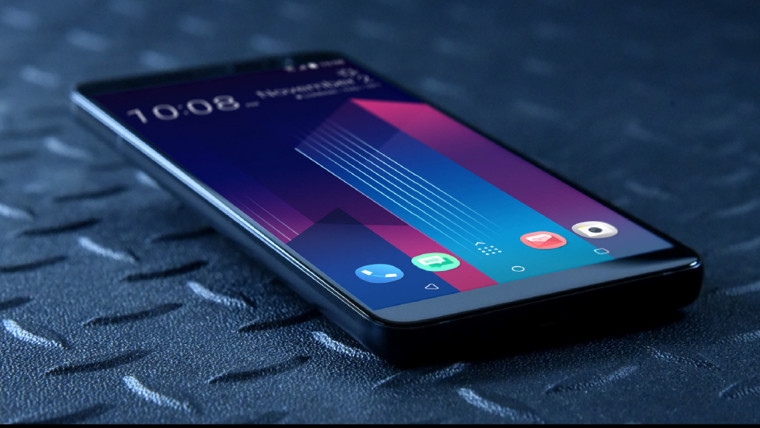 Specification-wise, the device isn't a far cry from what has been leaked earlier, with it sporting the usual flagship specifications. The U11+ is powered by the Qualcomm Snapdragon 835, with it coming with two flavors in relation to its storage and RAM configurations; namely a 4GB RAM with 64GB storage option, and a 6GB RAM with 128GB storage onboard. The display follows the trend set by devices like the Samsung Galaxy S8, with it being a 6-inch QHD+ DCI-P3 compliant panel that supports HDR10.

Size wise it's a little taller than the U11, by 4.5mm to be exact, which makes way for the 3930 mAh battery, that should help power the display through the average workday. Beyond that, the device does not feature a 3.5mm headphone jack as is the "norm" with flagship devices these days, however, it does come with HTC USonic noise-canceling USB-C headphones in the box. As for the front-facing speakers, these are powered by BoomSound and are reportedly 30% louder than their counterparts on the slightly smaller U11.

As for the camera, the device sports a 12M sensor with a f/1.7 aperture with phase detect autofocus, optical image stabilization, and a dual-LED flash. On the flip side, the front-facing camera is powered by an 8M shooter with a f/2.0 aperture, which should make for some good looking selfies.

Full specifications for the device are:

As for the strange coil visible through the translucent glass, the device, unfortunately, does not support wireless charging as it would suggest. HTC has not yet updated its official site or noted in its mailed PR statement in which markets the U11+ will be available; however, according to The Verge who had some hands-on time with it, the U11+ will be available to buy unlocked, with 6GB of RAM and 128GB of storage, for £699 from November 20th in the UK, and in Europe, where the device will cost €799. We will keep you updated once more information is made available.

For more images of the device, check out the gallery below.