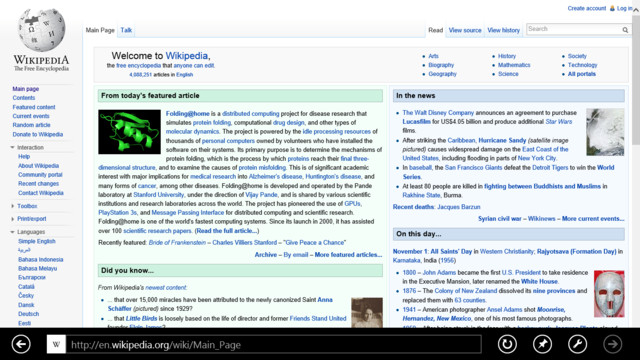 Internet Explorer 10, Microsoft's latest version of its web browser, is still only being used by a tiny fraction of PC users worldwide. It launched first as part of Windows 8 in late October and later as a preview version for Windows 7 users in mid-November.

Net Applications' preliminary data from December, based on its results gathered from 40,000 websites worldwide, showed IE10 claiming just 0.89 percent of the world's browser market share that month. This compares to November, when IE10 had 0.51 percent of the browser market.

As we mentioned last month, Windows 8 itself is only being used by a small fraction of PC users at the moment, and the "preview" release of IE10 on Windows 7 will keep many people from downloading it until Microsoft decides to launch a final version for that OS.

Net Applications shows IE8 in the number one spot in December with 23.44 percent of the market share. On Monday, Microsoft released a "Fix it" patch for IE8 to plug an exploit that affected the browser, along with IE7 and IE6.

In second place on Net Applications' web browser list for December was IE9 with 20.93 percent. Chrome 23 from Google is next in third place with 15.75 percent and Mozilla's Firefox 17 is fourth with 10.31 percent.

As usual, StatCounter has new data from December that is much different than Net Applications' numbers thanks to the fact that StatCounter puts more of an emphasis on page views than unique visitors. StatCounter has Chrome 23 in the number one spot with 33.03 percent, followed by IE9 at 17.05 percent. Firefox 17 is in third at 12.08 percent and IE8 is fourth at 11.48 percent. IE10 is still not listed at all in StatCounter's chart.