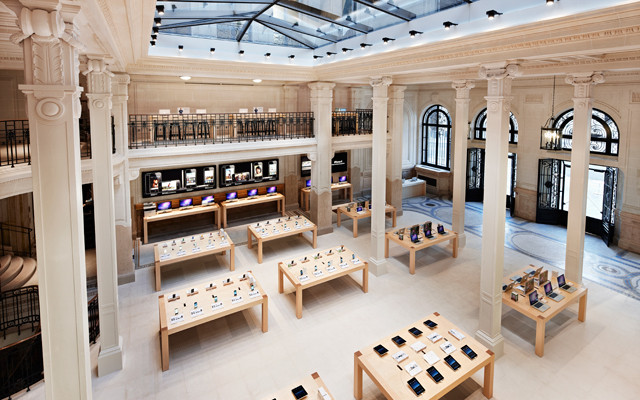 It sounds a little like a European heist movie, but it was a very real incident on the streets of Paris that happened on New Year's Eve. Four armed robbers entered the closed Paris Apple Store, located in the city's Opera district, and made off with a cache of items that's worth close to one million pounds, or over $1.6 million.

The Daily Mail reports that the thieves, masked and armed with handguns, may have planned the raid to take place in the early evening on New Year's Eve, as much the Paris police department was occupied with keeping the peace during the city's New Year's Eve festivities. The robbers reportedly injured a security guard while conducting their raid on the store.

The report says that the thieves took hundreds of iPhones and iPads and put them into an awaiting van. The van drove off before the police could arrive on the scene. The suspects are still at large as of this report.

This is apparently the largest such raid ever conducted in a Paris Apple store, and the first where the robbers used guns. A police spokesperson claims they are doing "everything possible" to find the suspects.