Microsoft plans to distribute Internet Explorer 8 to computers running previous versions of IE (IE 6 or IE 7) via Automatic Updates starting from the 3rd week of April. The update will be rolled out gradually from a small user base to large number of users. 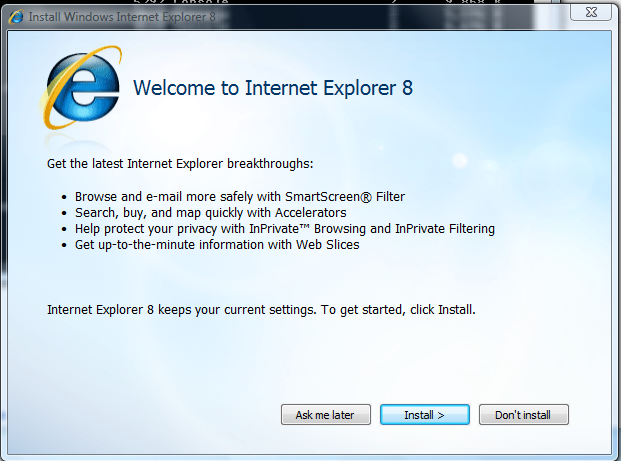 Organizations can use the IE8 Blocker Toolkit to block automatic delivery of IE8. The blocking tool has to be in place by the week of April 20th. IE8 will be released to Windows Server Update Services (WSUS) in July 2009 and will be classified as an Update Rollup.