The next major version of Android is just around the corner, and some reports indicate that it could begin making its way to the first devices in just a few weeks' time. But even as the Android 'L' release gets closer, many manufacturers are still lagging when it comes to pushing out updates that have been available for months.

One such manufacturer is Samsung, with many of its recent devices still not up to date with the latest available Android version, 4.4.4 KitKat. But it looks like that may finally change over the next few weeks, as a leaked roadmap published on the XDA Developers forums indicates that thirteen Galaxy devices will get the update by the end of November. 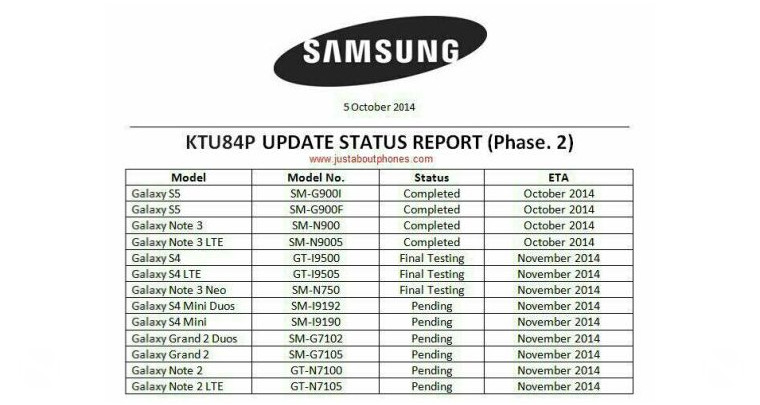 Android 4.4.4 was first released back in June, as a rapid response to the buggy 4.4.3 release, which was itself supposed to fix various bugs in the OS. Motorola was among the first manufacturers to push Android 4.4.4 to its devices in early July, but three months on, handsets from many other brands are still waiting for the update to arrive.

Source and image: XDA Developers via G For Games