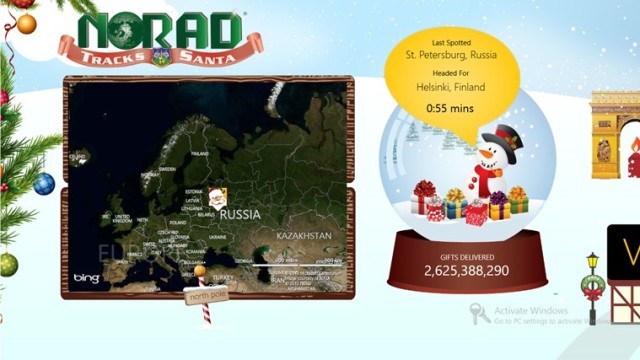 Earlier this month, we reported that the US Air Force had released a Windows 8 app for its NORAD Santa Tracker service, allowing everyone to keep an eye on St. Nick on Christmas Eve as he makes its annual trip around the world. Now it turns out that Microsoft has been a much more active partner for NORAD in this effort.

Microsoft reports that the company is providing NORAD with services such as Windows Azure and Bing Maps for its Santa Tracker. In addition to the Windows 8 app, there's also an official Windows Phone 8 Santa Tracker available for download.

Windows Azure is now used at the backend for the NORAD Santa Tracker website. NORAD launched the Santa Tracker website in 1997 and its server crashed when it has just 100 visitors. In 2011, the site had 18.9 million visitors for the month of December and one million hits a second on Christmas Eve.

NORAD has predicted the flight they think Santa will make to be able to cover the entire world in one night. Bing Maps will map that out so kids can have the visual, zoom in and out, watch videos, and see where Santa is. 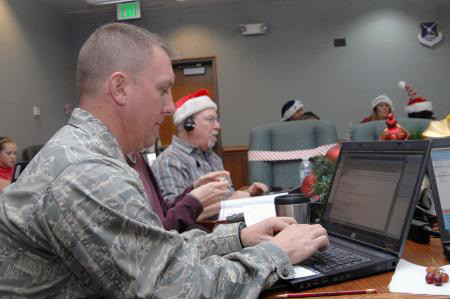 NORAD will also have 1,200 volunteers available on Christmas Eve that will handle 10,000 e-mails and more than 100,000 calls from kids who want more information on where Santa is heading next.

NORAD previously worked with Google on its Santa Tracker service before going with Microsoft's solution this year. However, Google has decided to go ahead and start its own competing effort. Google has now launched its own Santa Tracker website, which will officially start keeping its own eyes out for St. Nick on Christmas Eve.

In a post on Google's blog, the company claims it has "built a new route algorithm to chart Santa’s journey around the world on Christmas Eve." It has also launched its own app for people who want to track Santa with their Android smartphones.