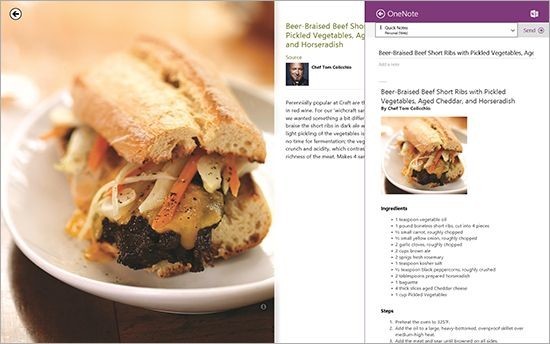 The OneNote app for Windows 8.1 may be an example of what's to come for the rest of Office.

Microsoft may not be revealing much about their plans for the next version of Office just yet, but in a new Geekwire article, the head of marketing for that division gives some hints that it is working on some major changes beyond just new features.

The chat with John Case, the Microsoft Office corporate vice president for marketing, states that the OneNote app for Windows 8.1 could be an example of what is to come for the rest of the suite. He stated, "We’ll do more things like that, that will be about different form factors and different applications."

Case points out that the Office lineup has not seen any new apps in a long time and that Microsoft is working on new ways to create, organize and store content. He added:

As much we love Word, Excel and PowerPoint, there’s another generation of app experiences we want to enable. Some of it will feel like big stuff, and some will feel like small stuff. We want to let you create content in different ways that we think will be more personal for you.

The current rumors claim that Microsoft will launch Modern UI-based Office apps for Word, Excel and PowerPoint for Windows 8 sometime in the late spring or early summer of 2014. A port of the touch-based Office for Apple's iPad could be launched even before the Modern-Windows 8 versions.