Nokia is still making Windows Phone devices, even though its deal to sell its Devices and Services division to Microsoft is scheduled to close in just over a month. Today, leaked hardware specs for what may be one of the last Nokia Windows Phone handsets, the Lumia 630, have made their way to the Internet. 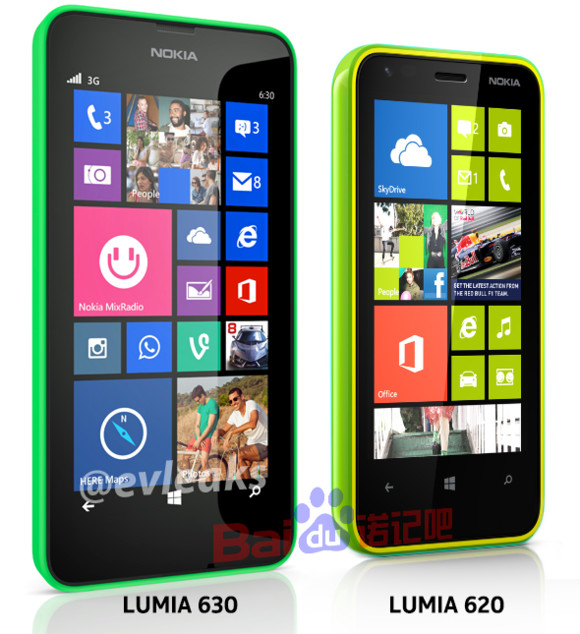 The info comes from Winp.cn, who got it off a unknown user of the Chinese Baidu forum. The forum post also showed off some new images of the Lumia 630, and how it compares to the current 620 model. The hardware specs indicate a low cost smartphone but it will apparently be one of the first models to have the upcoming Windows Phone 8.1 OS out of the box.

The report claims the 4.5 inch device will have a resolution of 854x480, and a Qualcomm Snapdragon 400 processor, along with 1GB of RAM. Microsoft has already confirmed that future versions of Windows Phone will support the Snapdragon 400 chip.

The Lumia 630 is expected to launch in China in mid-April, which means that Windows Phone 8.1 will likely be available on or before that timeframe. We expect Microsoft to offer a lot more info on the OS at its BUILD 2014 conference in early April.