While Microsoft has officially confirmed that it plans to stop production of the Surface 3 at the end of this year - instead offering the Pro 4 and Book models to customers - it's no secret that the company is already working on the latest series of Surface devices. Now, some new photos have emerged which appear to confirm Microsoft's plans to unveil these devices in the near future.

Photos taken by Shubhan Chemburkar, an Indian app developer at Microsoft's Building 88, showcase placeholders for upcoming Surface devices. Along with images of previous Surface devices, at least four placeholders can clearly be seen. One of these indicate a release window some time in 2016, while the other three suggest launch dates in 2017. 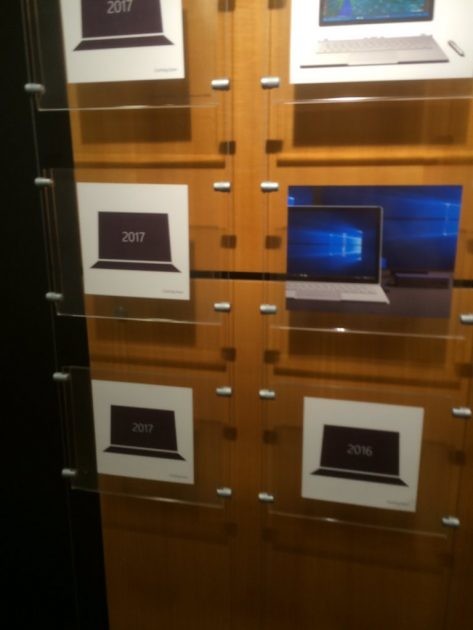 Although the placeholders for devices slated for a launch in 2017 could be reserved for the highly-anticipated Surface Phone as well as the successors to the Surface Pro and Book variants, recent rumors suggest that Microsoft is also working on a Surface all-in-one machine scheduled for launch later this year.

With rumors suggesting that this device could be unveiled in Q3 2016, the placeholder marked with "2016" could indicate the time frame of release for the Surface AIO. Exact specifications, pricing and availability details are not known as of yet.

With that being said, it is important to remember that none of these reports have been confirmed by Microsoft (obviously), and launch dates for unreleased products change all the time, so it's advisable to take this news with a pinch of salt, as always.