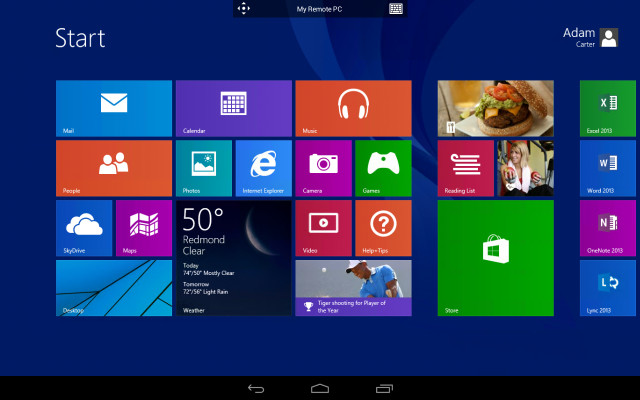 Last week, Microsoft quietly revealed plans to launch new Remote Desktop apps for iOS, Android and Mac OS X device that would connect to Windows Server 2012 R2. Today, Microsoft released those apps to the public, allowing a ton of smartphones and tablets to access a Windows PC remotely for free.

The apps can be downloaded on the iOS App Store, Mac App Store and Google Play storefront. Microsoft released a Remote Desktop app for Windows 8 several months ago. These new apps have been offered by the company in part because Microsoft recently acquired certain assets of HLW Software, which had launched its own iTap Remote Desktop software for Windows for iOS, Android and Mac platforms. HLW Software has since removed those iTap apps from those download stores.

As we reported last week, these new Remote Desktop launches don't include a Windows Phone port. In a statement sent to Neowin last week, Microsoft said, "We are always looking at additional services based on what we hear from our customers. We have nothing to share at this time."