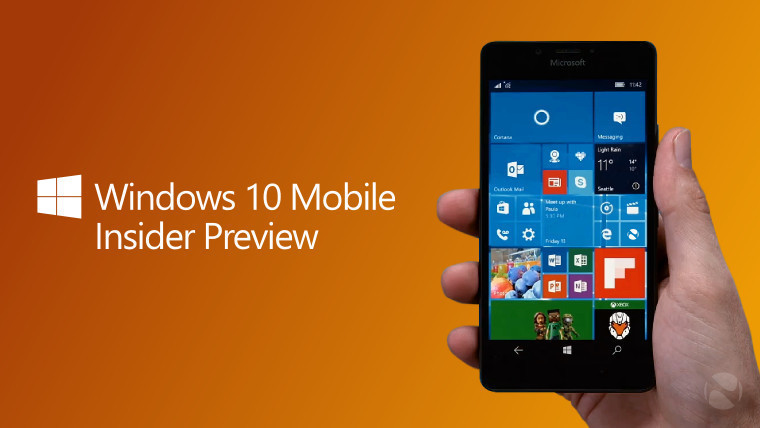 Microsoft today released another cumulative update for Insiders using Windows 10 Mobile. Build 10586.122 is available on both the Slow and Release Preview rings. Users on the Fast ring will need to switch their device to either of the above mentioned rings.

Unlike the new Redstone builds, it's supported by all devices that have supported Windows 10 Mobile in the past, along with a few new additions: MCJ Madosma Q501, BLU Win HD W510U, BLU Win HD LTE X150Q, and Alcatel OneTouch Fierce XL.

As with most cumulative updates, there are no new features in this build. It's all about bug fixes and stability improvements.

Most are wondering when they'll be able to upgrade their device to Windows 10 Mobile through official channels. Well, every day, we're one day closer. Nevertheless, the "official" Windows 10 Mobile update will not be bundled with device specific firmware, so updating through the Release Preview ring will deliver the same result.