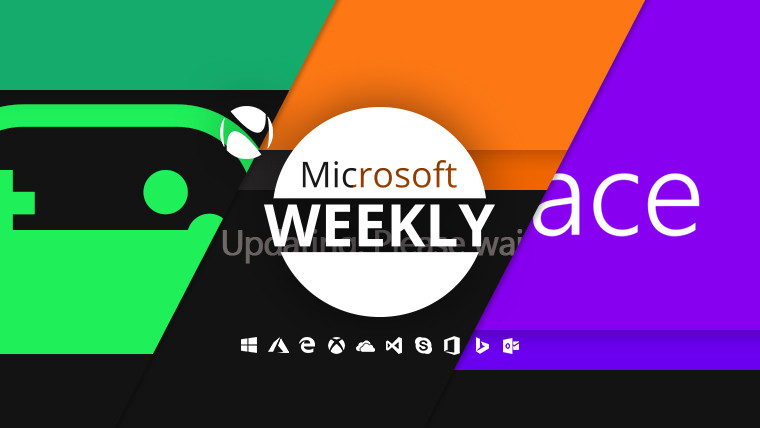 Though not unexpected, this week saw either the postponement or cancellation of certain events due to coronavirus fears, the surfacing of a rumor regarding the Series X, and the advent of pretty decent deals on Surface hardware. You can find that – as well as the usual little bit extra – below, in your Microsoft digest for the week of February 29 – March 6. 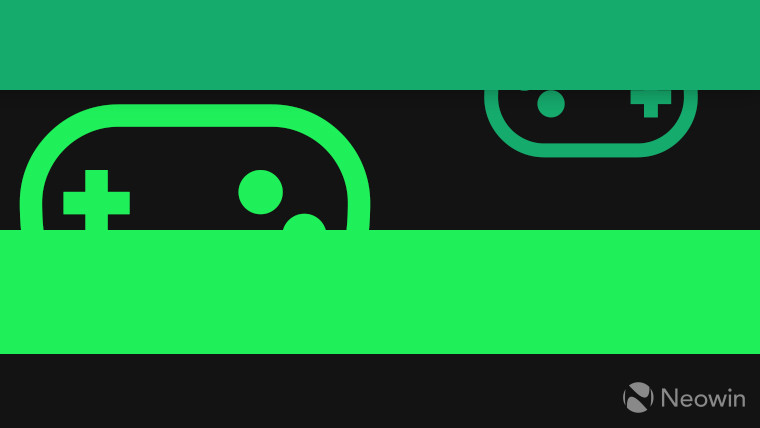 Diving right into the news, there was a rumor earlier in the week that Microsoft would attend AMD’s Financial Analyst Day – which took place on March 5 -, where it would show a number of things, including Xbox Series X gameplay. That unfortunately was not true, but what we did find out beyond the confirmation of RDNA2’s (codenamed Navi 2X) usage in the Series X was that version 1.1 of DXR (DirectX Raytracing) was co-architected by AMD and Microsoft. An image showcasing DXR 1.1 on RDNA2 silicon was also shown, though further details weren’t revealed.

Slipping out of rumor territory, the Redmond giant unveiled a pair of special edition Xbox controllers, dubbed the Phantom Magenta and Arctic Camo. The magenta version can be pre-ordered now for $69.99 and will be available March 17, while the Arctic Camo version carries the same price tag, but with availability set sometime in May. There are parts of either controller that are transparent, which does make them stand out from the regular crop of Xbox peripherals.

Moving on to software, exactly three months from the release of Halo: Reach on PC, 343 Industries launched Halo: Combat Evolved Anniversary Edition on the same platform. Be sure to have a look here for our review.

In terms of subscriptions, there are notable titles coming to Game Pass on both console and PC. NBA 2K20 and Train Sim World 2020 are already playable on Xbox, with Ori and the Will of the Wisps and Pikuniku joining the roster on March 11 and 12, respectively. As far as PC is concerned, only Ori is confirmed with the identical release date, followed by Pikuniku, Mother Russia Bleeds, Train Sim World 2020, and The Lord of the Rings: Adventure Card Game at some point in the future.

Pre-downloads for Ori and the Will of the Wisps are also now available for those interested.

In a bit of bad news, the Minecraft Festival will not be taking place in September due to coronavirus concerns, and has been delayed. Due to the same concerns, development on the Flight Simulator reboot will be “scaled back” over the next few weeks, something which will affect the weekly update schedule. 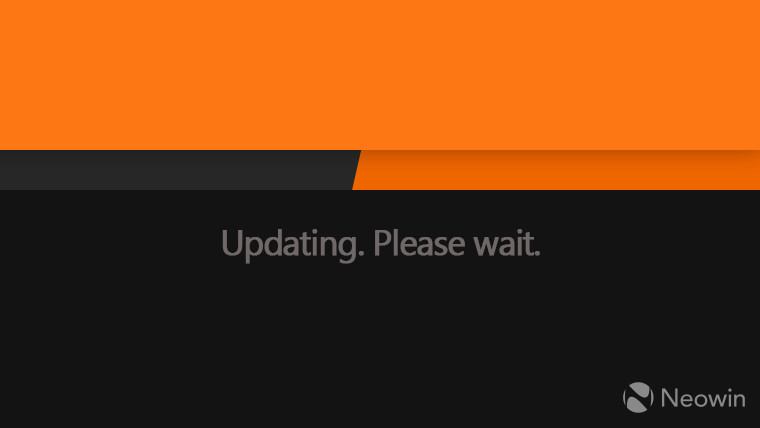 We begin with the latest build to hit the Fast ring of the Insider Program on Windows, build 19577 of the ever-nebulous Windows 10 vNext branch. Beyond the new icon for Windows Security - which now means it’s more in line with the rest of the Fluent Design-inspired iconography - there’s a change in the wording of diagnostic data options. What this means is that where you’d find options for “Basic” and “Full” diagnostic data before, you’ll be greeted by “Required diagnostic data” and “Optional diagnostic data”, respectively. Commercial entities that choose the latter of the two options will also have more granular control via Group Policy settings. It’s worth noting that you need to set your diagnostic data option to “Full”, or else you won’t be able to update to future builds. Domain-joined PCs with the option set to “Enhanced” will even be blocked from taking 19577.

This build hails the return of assistant conversations to the Cortana app, the enablement of some Ease of Access features for Advanced startup, and more. In terms of known issues, the usual list is still there, to which the inability for screenshots to be saved when using WIN + PrtScn, as well as notifications having the wrong actions associated with them have been added.

Also worth taking not of is the release of PowerToys version 0.15, which has fixed a slew of issues, made the .NET Framework parts of the source run faster via NGEN, and increased compatibility between FancyZones and other applications.

PowerShell 7 is also now out, a release which marks Microsoft’s switch from .NET Core 2.x to .NET Core 3.1, enabling greater backwards compatibility with previous PowerShell modules. There’s a new UseWindowsPowerShell switch to Import-Module which allows you to force modules to run on the classic Windows PowerShell.

Moving on to Skype, version 8.57 has been pushed out, with a feature that strangely has been missing in action until now. Said feature is the ability to remove someone directly from your contact list via right-click menu.

Finally, there’s some good news for Power BI users as well, with a new Export-To-File API being obtainable right now in preview. Keep in mind that to use this capability you’ll need to be on either the Premium or Embedded variant of Power BI. 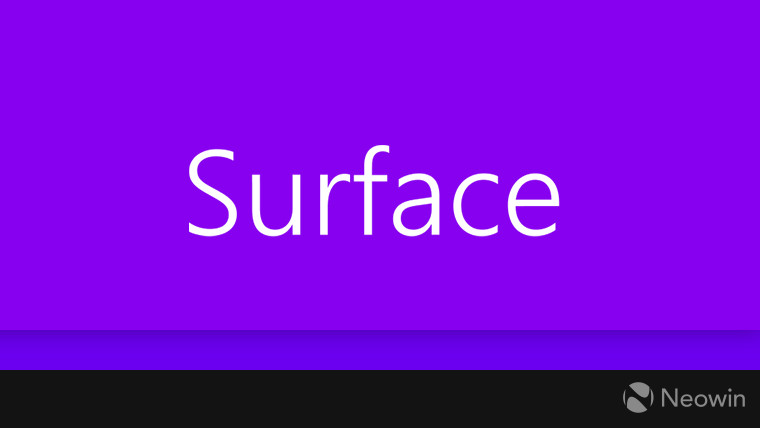 Given that Microsoft’s Surface Book 3 and Go 2 are potentially mere weeks away from being unveiled, the current crop of devices is getting a pretty hefty discount.

On the one hand you have the Surface Book 2, with its 13.5-inch and 15-inch versions. The base model of the former has now been knocked down to $999, while the base variant of the latter is now $1,499. Nothing on the Surface Go front unfortunately.

The recently introduced Surface Laptop 3, while not on discount, has picked up yet another SKU, that being the Core i5-1035G7, 16GB RAM, and 256GB SSD configuration. This is available for either the 13.5 or the 15-inch size display, with pricing starting at $1,449.99 if you want the smaller screen or $1,549.99 for the larger screen. In fact, if you do pick up the model with the larger diagonal display, and specifically the AMD-powered one, you’re in luck as it’s just gotten a firmware update to improve battery life.

Last but not least, Microsoft has had a partnership with the NFL to use Surface hardware since 2013, and that deal has been extended. Added into the mix is Microsoft Teams with Whiteboard integration, for a more well-rounded solution. 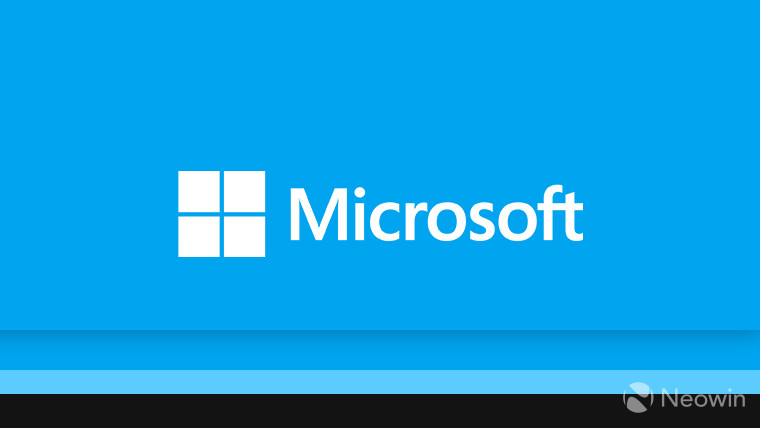 To end, we take a look at another set of actions taken as a precautionary measure due to the novel coronavirus, COVID-19.

After the cancellation of Mobile World Congress, and postponement of both the Game Developers Conference (GDC) and the Minecraft Festival, there’s yet another event to be affected by COVID-19: the MVP Summit. Due to health concerns, Microsoft has cancelled the in-person event, pivoting to an online-only variant.

Whether or not Build will take place during its scheduled time frame is also something that Microsoft seems to be debating. The company has said that it will continue to monitor the situation and make any necessary changes as things unfold. In fact, both the Seattle-based software giant and Google have made it easier to work remotely to ease the overall impact on employees.