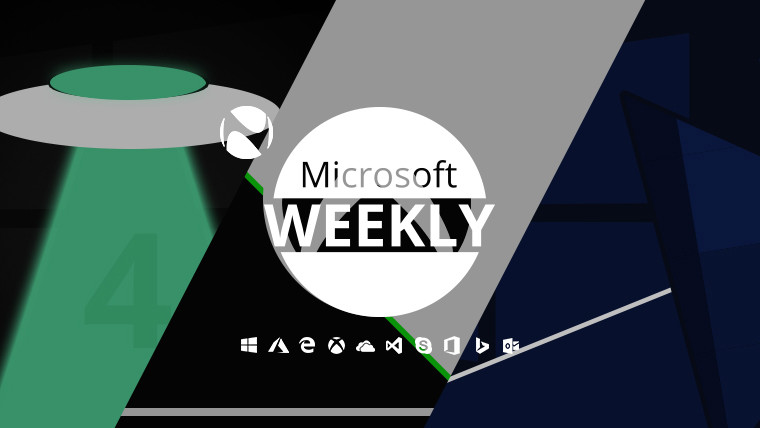 This last week, we had close encounters of the RTM kind, a Rare dose of cartoon piracy, and a recompiling of the internal structure at the Redmond giant. All that and more, here in your Microsoft digest for the week of March 24-30.

With this month drawing to a close, the next feature update to Windows 10 - known to Insiders as Redstone 4 - is at long last getting its finishing touches. 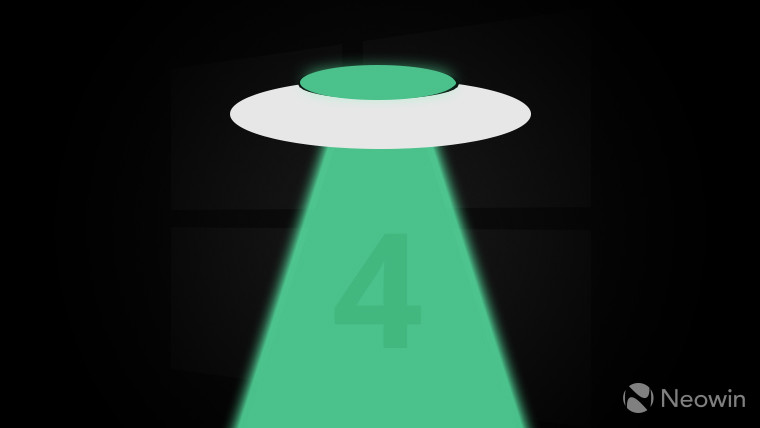 Folks in the Fast ring were the first to enjoy build 17133, which fixed issues surrounding BitLocker devices, Edge suggested search terms, and multimonitor (four and up) resolution management. The reason behind the lack of new features is that, allegedly, 17133 is the RTM (Release To Manufacturing) version of the spring update. This is further solidified by the presence of said build in the Slow ring under the name Feature update to Windows 10, version 1803. According to previous rumors, the target date for roll-out inception to non-Insiders is April 10.

In a rather odd number scheme inconsistency, the build above was flanked by version 17125 of the Software Development Kit, which at this point is feature-complete. Not to be left out, ISO images also showed up, none of which coincide number-wise with the build(s) above. If you need to, you can grab images for build 17127, as they are now available.

And indeed to round off the oddities, the HoloLens of all things got its very first Redstone 4 Insider build, namely 17123. Since the device hasn’t gotten anything new – at least externally – since the Anniversary Update in 2016, there is a sizeable amount of new features. Among them, more efficient manipulation of 2D and 3D content – including auto-placement, fluid manipulation, horizontal reflow -, enhanced voice command support, audio immersion, and mixed reality capture, updated Holograms and Photos apps, along with much, much more.

In terms of games and gameplay, it was a very big week for Microsoft’s latest original IP, Sea of Thieves, which managed to grab some respectable titles for itself. 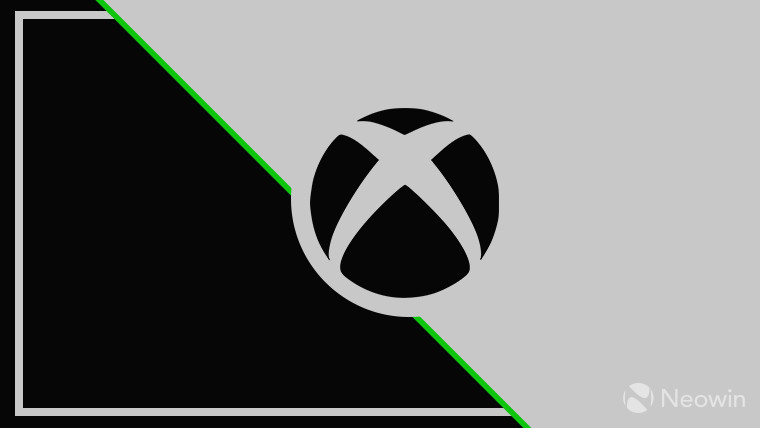 The goofy ocean burglary simulator did what it does best, and stole the number one spot in terms of sales in the UK, according to GfK Chart. Furthermore, it became this Xbox generation’s fastest selling first-party new IP, boasting over two million players at the time of writing.

If you feel an itch for piracy – no, not that kind -, do take a look at Neowin’s extensive joint review, and maybe even throw your eyepatch in the ring to win a copy of the game.

Sure enough, if none of the above shivers your timbers, the noteworthy lineup of additions to the Xbox Game Pass might. Far from being a joke, joining from April 1 nets you Cities: Skylines, theHunter: Call of the Wild, ClusterTruck, Kingdom: New Lands, Portal Knights, Sacred Citadel, and Late Shift. On April 11 you also get access to Robocraft Infinity.

Xbox Live Gold members have some niceties of their own to look foward to, as the subscription for the month of April brings The Witness as a freebie on Xbox One between April 1-30 -, along with Assassin’s Creed: Syndicate between April 16 – May 15. For the previous gen console, you can get Cars 2: The Video Game between April 1-15, and Dead Space 2 between April 16-30, both of which are on the Backward Compatibility list. And while we’re on the subject of the latter, FPS fans will be happy to know that Call of Duty 4: Modern Warfare made its way onto the list this week.

In terms of what’s not yet here but in the pipeline, No Man’s Sky is heading to Microsoft’s latest home console, along with an enhanced Xbox One X version. Also enhanced for the One X is id software’s DOOM reboot, but that’s something you don’t have to wait for, as it’s already available.

Things the future has in store

A side effect of the passing of time, and indeed of just life in general, there have been some significant changes in the way Microsoft prepares itself for what’s next. 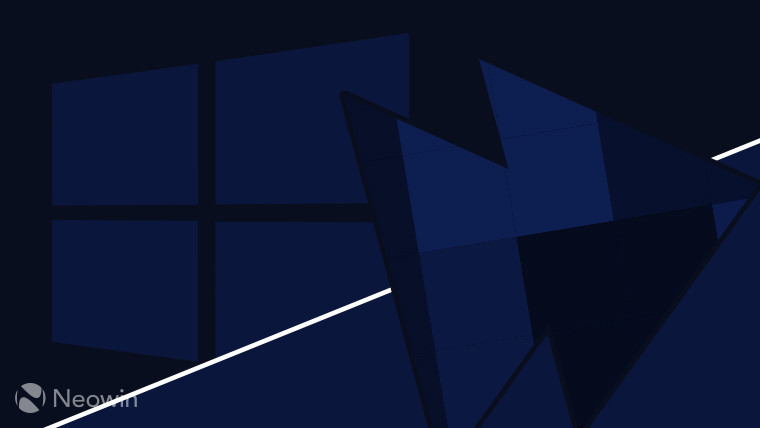 In a rather oddly timed announcement, CEO Satya Nadella announced that Windows head Terry Myerson would be stepping down, without providing any details concerning who might replace the executive. What is known is that Surface head Panos Panay has now been appointed Chief Product Officer, and that Joe Belfiore will continue to lead the Windows experiences component of the company. Kudo Tsunoda – formerly involved with the Kinect and HoloLens – will be leading a new Experiences and Technology group, while Brad Anderson will keep his role under Enterprise Mobility and Management. Furthermore, Harry Shum will continue to lead the company’s efforts in the AI + Research group, Scott Guthrie will extend his current responsibilities by heading a new team focused on cloud and AI. Finally, Jason Zander has been promoted to Executive Vice President at Azure.

Beyond this, another change concerns the Microsoft Garage, the group behind the Microsoft Launcher, Trip Tracker, Ink to Code, and others. It has now expanded to India, via a brand new facility in the company’s Hyderabad campus. The 8,000 square foot (743 square meter) facility has been formally opened recently, and will serve as place of experimentation for AR, VR, MR and a host of other initiatives.

Unlike the availability of the building above, there’s still a bit to wait for those looking to grab a USB Type-C dongle for their Surface devices. It’s not out now, but it’s definitely “on the roadmap for later this year”. In other words, wait this one out and be surprised.

While you ponder the inevitability of USB adaptors, you might want to check Redstone 5 build 17634, if you somehow managed to get into the Skip Ahead ring. If you remember from last week, an app called Cortana Show Me was introduced, which basically offered guided tours of certain settings. Now, you’re able to summon one of those guides via voice commands. Also new in 17634 is the ability to search in Calendar, so you can locate whatever event you desire – like the launch of that Type-C dongle. Fixes included pertain to Edge, PDFs, BitLocker and the Task Manager, while known issues revolve around the interaction between Settings and the Microsoft Store – clicking any links to the store will crash Settings -, Movies & TV, and an oddity surrounding waking up from sleep.

To cap things off, we dwell on the future of the Insider build naming scheme and how it may be reconfigured. 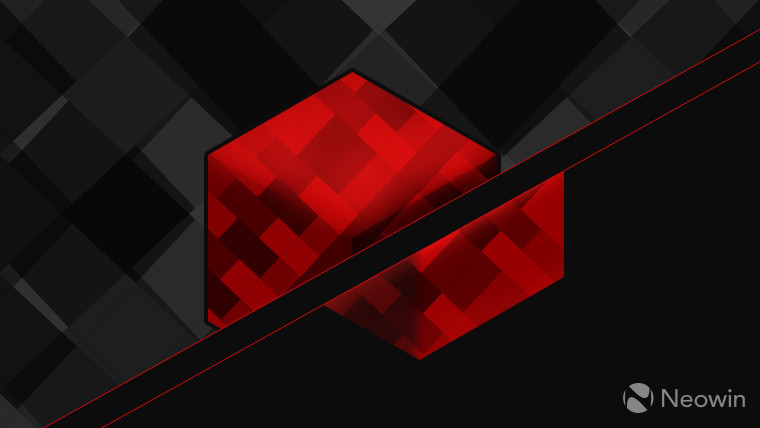 Instead of the currently commonplace Minecraft-insipred internal codenames, Insider builds will drop the Redstone moniker after Redstone 5 is released this fall.

According to reports, a format like 19H1, 19H2 will be adopted instead, seeing as it offers a little more wiggle room and clarity in terms of release time frames. Unlike current feature updates (1803, 1809), the new variant isn’t so much fixed on the actual month. Whether this change is only internal or might also be user-facing is anyone’s guess at this point.