First, a common misconception needs to be dealt with: The notch doesn't occupy existing screen real-estate; rather, it's the screen digging into the upper bezel on either side of the front camera or the speaker grill, though you do end up losing space in the status bar by virtue of its location at the top of the phone. 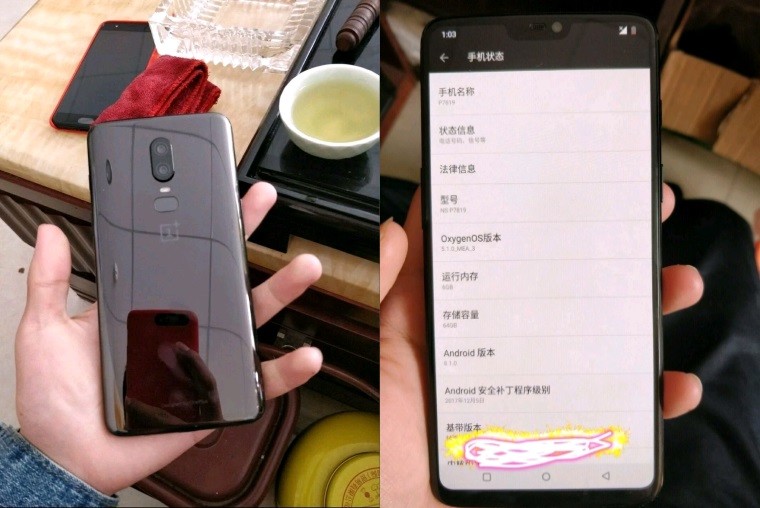 With that out of the way, notches are an interesting design choice by manufacturers in recent times. After over a decade of purely rectangular smartphone screens and somewhat curved oddities from Samsung's end, the Essential PH-1 last year introduced this trend of minimizing the top bezel on a device by having the front facing camera divide the top 10% or so of the screen into two, and the iPhone X cemented this rather unconventional design system into smartphone history by including an entire notch for the front camera and its FaceID unlock system.

Chinese manufacturer OnePlus, determined not to be outdone, introduced its own, somewhat less comprehensive Face Unlock system last year with its OnePlus 5T device refresh. This year, OnePlus, in keeping with this competitive streak has decided to include a notch in its upcoming OnePlus 6 flagship as well.

Leaked via some pictures late last month, a notched OnePlus 6 reportedly showed up sporting a notch, but this news was later dismissed by Carl Pei, director of OnePlus.

#clickbait rumor mill is in overdrive this morning ? https://t.co/NZhILfgm5W

Those leaks now seem to be corroborated by new screenshots, of alleged OnePlus 6 benchmarks that have shown up, firstly telling us what we already know - the device will sport Qualcomm's top 2018 chip, the Snapdragon 845, which has allowed the unreleased device to topple the Xiaomi Mi Mix 2S, another unreleased device, from the top of the AnTuTu benchmark charts.

This aside, the same screenshots also reveal two other things: firstly, the icons in the status bar up top are arranged in a peculiar way - all of them have been shunted to either side of the screen, the clock having been relocated to the left of the status bar, leaving the central space empty, strongly indicating the presence of a notch. Secondly, the screen minus the notch will supposedly sport an 18:9 aspect ratio, and with the notch, goes up to 19:9.

Notches have mixed reception among smartphone enthusiasts - while for the most part it was a good balance of form and function in both the Essential PH-1 and the iPhone X, the absurd new crop of devices, all sporting iPhone-esque notches just for the sake of it is not exactly the positive impact on the industry we'd hope Apple would have.