Swedish company IKEA, known worldwide for its specific brand of design (and packaging!) as well as ready-to-assemble furniture (such as beds, chairs and desks), appliances and home accessories has come up with an ingenious campaign for their 2015 catalog.

In a striking resemblance to the Apple commercials, the company has marketed their 2015 offerings with the brand new and exciting bookbook™.

We can't argue their claims of "eternal" battery life, or the 328 high definition pages powered by "touch technology". And the sharing capabilities? ".. you just share it!", ingenious! 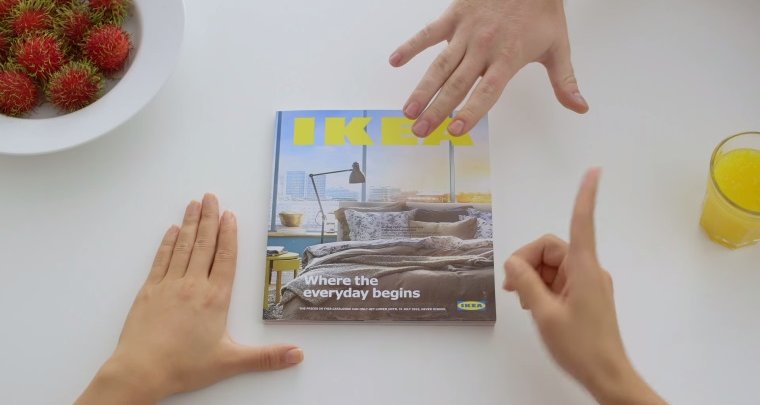 The anti-theft capabilities of the bookbook™

Clearly the company is targeting the younger generation as well as online shoppers, while taking a dig at turning something that could be considered to be rather bland into a "revolutionary idea". Sound familiar?

Anyway, we have to give praise to IKEA for coming up with something so, er.. 'original' for its yearly catalog offering and as reward, having it go viral, the video has already been viewed over 6 million times on YouTube!