While we may all be waiting for Destiny to launch next week on both older generation consoles and the PlayStation 4 and Xbox One this week we are covering the recently released Metro Redux and Diablo 3: Reaper Of Souls – Ultimate Evil Edition. Both games have been released on Xbox One, PlayStation 4 and PC and are well worth checking out.

Although Metro Redux was only announced a few months ago you can see a great deal of work has gone into making the two games ready for the next generation of consoles. The title that has benefitted most from the work is Metro 2033 which now looks far closer to its follow up in terms of technology advances, even if the gameplay is a little behind it. 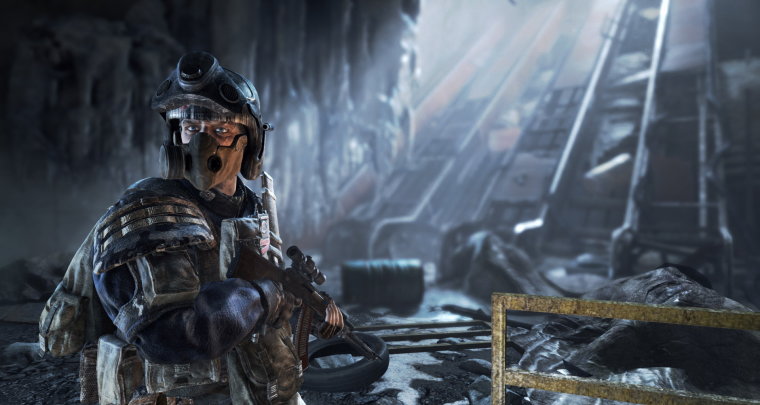 Graphically the game seems a little bit better on the PlayStation 4 than the Xbox One counterpart, thanks mostly to the 1080p resolution the game has on the Sony console compared to 912p on the Xbox. The good news is that both consoles run the game in 60 frames per second with very little slow down seen at all.

Metro 2033 was originally released in 2010 while Metro: Last Light came out just last year. Both games are survival first-person shooters which follow the story of Artyom and is set in post-apocalyptic Moscow. The majority of the game is spent inside the derelict and decaying metro system with the odd missions taking place top-side. As a set of horror games, Metro Redux works really well especially with excellent audio and voice work.

Metro: Last Light hasn’t had much of a visual improvement when compared to Metro 2033, simply due to the game only being a year old and already being a very good looking game to begin with. Both titles have some new settings though, with a “Survival” option allowing you to play the games with the low health and ammo available as-it-was in the original Metro 2033 title or in the “Spartan” setting which lets you play a more shooter oriented way like Last Light. It is a good option and can change the way both games feel.

Playing both games a second time has reminded me how much I enjoyed them the first time round, although I have to say that I found Metro 2033 Redux a lot easier to play when going with the “Spartan” shooter option.

If you haven’t heard of the Diablo series on PC, where have you been? The third game in the series has sold well over 12 million copies on the PC since its release in 2012, while it made its way to the PlayStation 3 and Xbox 360 a year after. Despite a lot of worry about how a traditional mouse-controlled game would take to a controller, the console version was very well received both by press and consumers alike.

Now we finally have the updated Xbox One version which not only brings a very crisp looking 1080p version, but also the latest Reaper of Souls expansion pack which adds a new campaign and an additional character into the fray. 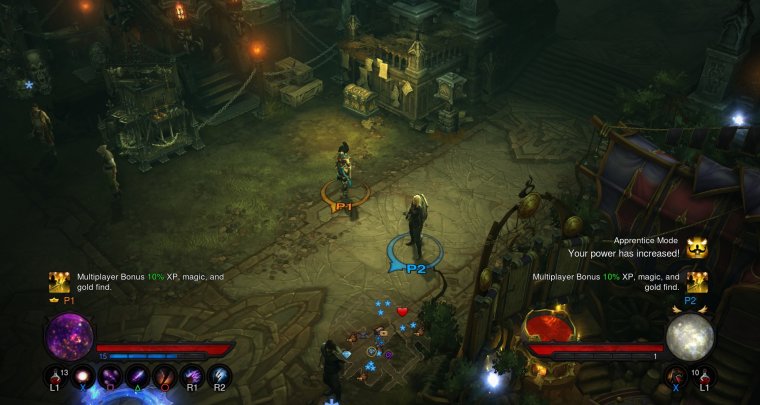 You can play the game very happily in single-player, although the most fun is had when you form up a party of four either locally or online. There is an In-game mail system and Player Gifting where you can share your loot with others on your friends list. Interestingly there is also a Nemesis System: If a monster defeats you, it has a chance of invading the games of players in your friends list Nemesis monsters that originate in a friend's game may also invade your own game.

Graphically the game looks excellent in 1080p, assuming you patch it from the start otherwise you'll be running at a lower, but smoother resolution of 900p. It is a huge step up from the Xbox 360 version I previously played, everything has such fine detail and the artwork is superb. The only downside is that now and then the game can drop from its 60 frames a second during major battles which can be a little annoying, but it is very rare.

If you enjoy hack and slash action role-playing games then you can’t really go wrong with Diablo 3, its visually excellent, has a very good story and some excellent voice work. More importantly it has loads and loads of loot to clamber through. It may be repetitive but with hours of gameplay it is well worth playing.