In September 2011, Netflix announced that its users in Canada and Latin America could share their favorite movies and TV shows on the streaming video service with their Facebook friends. However, that kind of support was not given to the huge US audience for Netflix because of a law called the Video Privacy Protection Act.

Netflix pushed hard for a new law that would allow U.S. users of its service to have the same Facebook support that other countries have. That law has now been passed and today, Netflix revealed that the promised Facebook support has started rolling out to U.S. streaming video customers. It should be fully in place in the next few days.

By default, sharing will only happen on Netflix. You'll see what titles your friends have watched in a new “Watched by your friends” row and what they have rated four or five stars in a new “Friends’ Favorites” row. Your friends will also be able to see what you watch and rate highly.

Netflix users can choose not to share specific titles with their Facebook friends by clicking on the "Don't Share This" button. Netflix subscribers can limit or shut off Facebook sharing completely by going into the "Social Settings" menu of the "Your Account" section. Netflix says it plans to improve and add more social features to its service in the future.

The U.S. Facebook support for Netflix comes the same day Facebook is announcing changes to users Timelines that will emphasize movies, TV shows, books and music. The page layout of Timeline also gets a refresh with Facebook saying, "Starting today, all posts are on the right side of your timeline, with photos, music and other recent activity on the left." 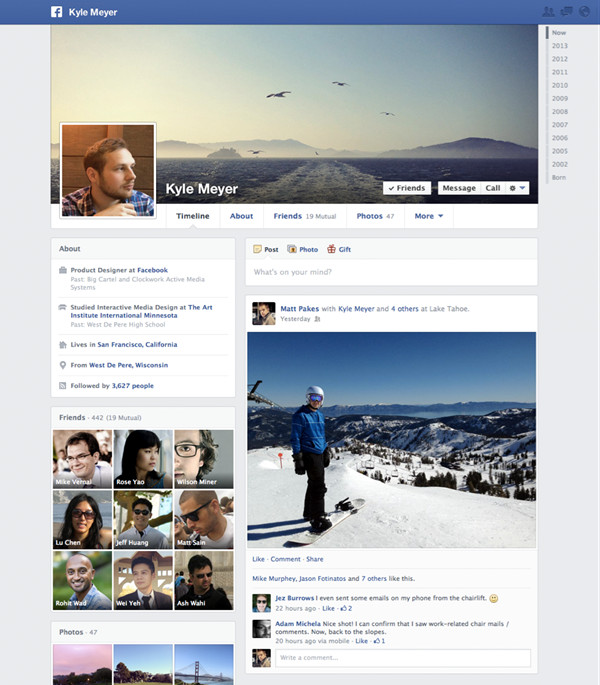