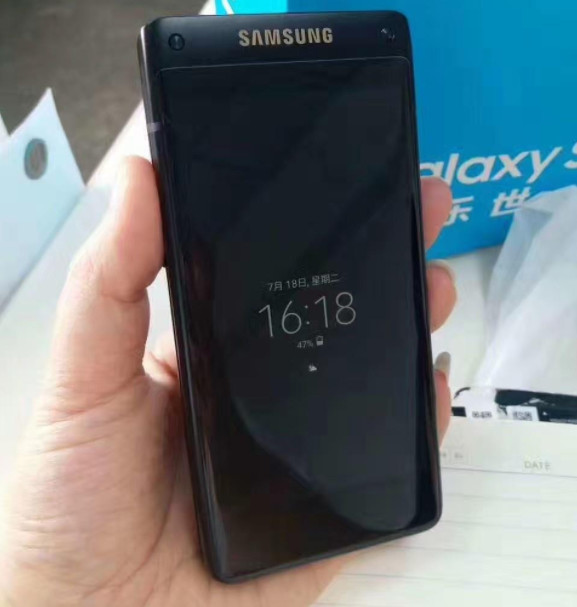 It was less than a day ago when we reported about a new render that popped up for Samsung's unannounced Android flip phone, the SM-G9298. Now, it looks like some hands-on images have surfaced, showing off the exterior and interior of the device.

As you can see from the images, the phone packs an outer and inner display, rumored to be coming in at 4.2-inches each. While the SM-G9298 does offer a traditional keypad, the screens are also touch sensitive and can be used like those found on traditional smartphones. Although the concept is interesting and has been around for quite some time in Asia, those in other parts of the world have not been fortunate enough to see a release in their region. 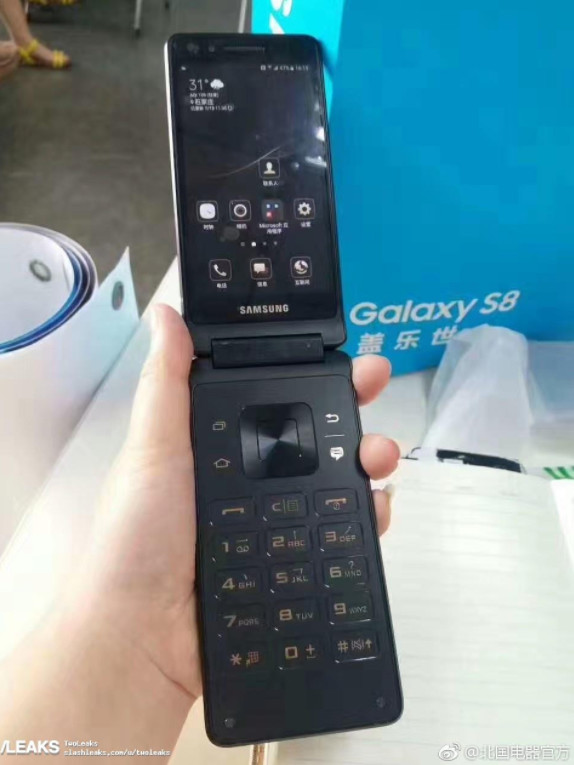 Although there isn't a concrete specifications sheet floating around, the handset is rumored to be packing a Snapdragon 821 processor, 4GB RAM, and also has 64GB of internal storage. The device also features a 12MP camera on the rear, along with a 5MP selfie camera. While these specifications are certainly impressive, there have also been rumors that it could arrive to market with Qualcomm's latest Snapdragon 835 processor and 6GB RAM.

Hopefully, we won't have to wait long as the handset could be announced at an event Samsung is holding on August 3.