Eighteen months after the launch of the iPhone 3G in the UK, early adopters are now able to upgrade their handset, switch tariffs or change networks with all of the major carriers providing sim-only deals at various price points. Options include switching to pay-as-you-go (pre-pay) plans, signing up to a thirty-day rolling contract or taking out an entirely new eighteen month contract with a newer handset.

As is often the case when shopping for a new deal on your phone, the plethora of packages and options on offer can be overwhelming, especially when trying to compare tariffs between operators. If you're an O2 customer with an expiring contract, which deal is best? According to O2, your best option is to upgrade to the latest and greatest handset from Apple, the iPhone 3GS, but with the next revision of the device rumoured to be just a few months away many customers are considering pre-pay plans or short-term rolling contracts - and O2 has such a plan.

O2 is now offering a new tariff named "Simplicity for iPhone" to customers whose contracts are expiring. Unlike O2's other Simplicity tariffs, and their equivalents on other networks, O2 are offering unlimited data, unlimited wi-fi (from BT Openzone and The Cloud), and visual voicemail along with 600 inclusive minutes and 1200 text messages for £20 per month, or 1200 minutes and 2400 text messages for £30 per month. Each comes with a thirty-day rolling contract. These plans represent significant savings from the monthly cost of the original contract, and are the only short-term plans offered by any network in the UK which include the visual voicemail feature.

These packages are not advertised on the O2 website, nor are they available through O2's online upgrade system. They are available only to existing O2 iPhone customers enquiring over the telephone. 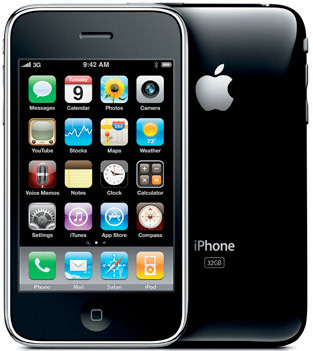