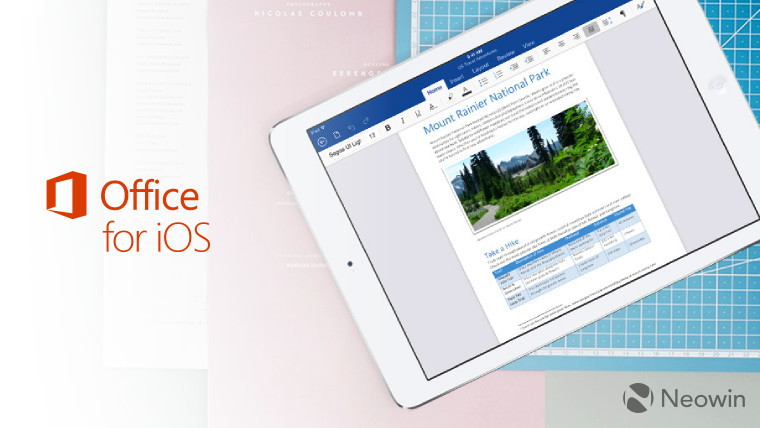 Microsoft is pushing some significant Office updates today, particularly on iOS. The firm announced some new features that are coming to Word, Excel, and PowerPoint on the platform. The main focus of the updates is that the apps work better with each other, including the OneDrive update that was discovered earlier today.

One notable change is that they now support drag-and-drop between apps. So now, you can do things like drag a graph from Excel to PowerPoint or Word, or you can pull in a photo from OneDrive.

You'll also find new accessibility features. There's a VoiceOver rotor that "improves navigation and the accessibility of content." It's meant to be assistive to users that have vision impairments.

And then there's real-time co-authoring. This is something that we've seen on other platforms for some time, but now it's stretching across mobile. One user might be editing a document from a phone, and another might be on a PC or an iPad. Now, this all seamlessly works together.

As was noted in the changelog for OneDrive, there were a significant amount of changes there, including integration with the new iOS Files app, universal share links that will open documents directly within their apps, the ability to preview more than 130 file types, and more.

On top of that, there were even more Office 365 improvements this month. Office for Mac for AutoSave and Learning Tools. Microsoft also touted the most significant update to Teams since its release, with a new app store and app integrations.