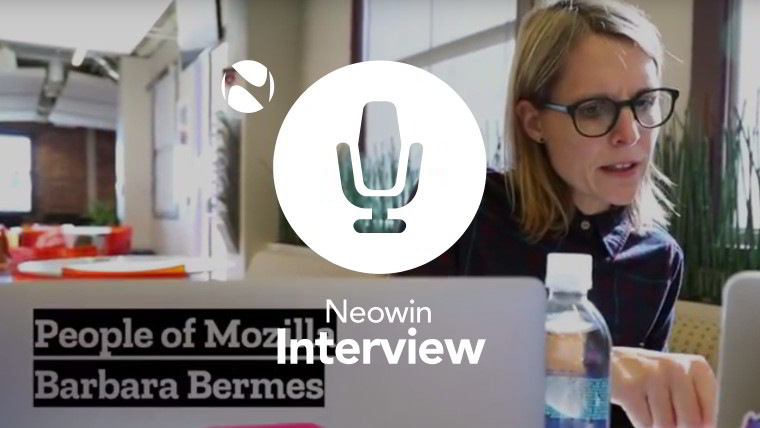 Mozilla has always hitched its wagon to the privacy features of its Firefox web browser. So when it came time to launch its mobile browser Focus, privacy was again a key component. When the browser first hit iOS in November 2016, and then Android in June 2017, it was a success. However, Mozilla didn't want to stop there, as its added tracking protection in the app for users in September.

We had the chance to chat with Barbara Bermes, product manager for Firefox Mobile, about the product and what the future holds for the project.

Neowin: Tell us a bit about yourself, and how you got your start at Mozilla.

Bermes: I studied Computer Science in Germany, and started my career as an engineer. I was mostly fascinated by the (mobile) web and web performance throughout my journey as an engineer. Before joining Mozilla, I became interested in product management but didn't want to give up my passion for the web.

Joining Mozilla in 2015, as product manager for mobile, was combining the best of both worlds. Also, I got the chance to make the browser the best app on mobile devices.

Neowin: What does your current job entail?

Bermes: The most important elements of my current job are to have empathy for our users, understand and represent their problems, and sympathize on how we can solve their needs with our products. Think of my role as the voice of our mobile users to all teams internally at Mozilla. I help our teams understand what’s important to build, when to build it and why, and also when to say no.

Having access to quantitative and qualitative data of the product helps me tremendously to identify trends or new areas to improve the product.

Also, I’m constantly rallying up other teams to get support for our plans. My job requires me to interact and work with all kind of teams in the organization, and that’s what I love so much about the job, from business development, legal, user research, marketing, UX, engineering and QA all to way back to the user. 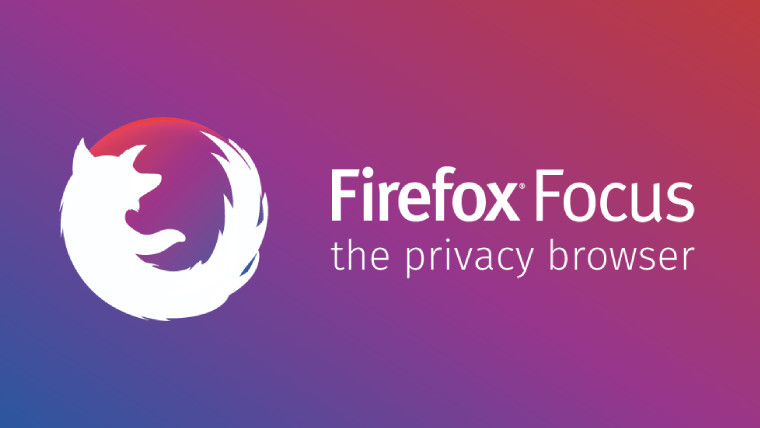 Neowin: We know your team was instrumental in bringing tracking protection to Firefox on mobile. What prompted the creation of Focus for iOS and Android?

Bermes: Let's start with the mobile web in general first, and to be honest, it’s still slow, and more and more mobile users nowadays expect fast loading websites. I share this sentiment, because I am too, one of the billion users who access the web on their mobile device daily. We know that by removing tracking scripts from websites, we not only help users not be followed by ads but that we can make mobile websites run even faster. These facts matched 1-1 with the requests from our mobile users: tracking protection, speed, privacy, and simplicity. And that’s exactly what Focus stands for, provide an easy, fast, simple and automatic private browser aiming to get our users quickly to the web results they are requesting.

Neowin: Aside from the tracking protection, what are some of the other differences between the full version of Firefox and slimmed down Focus – and by extension, the German version, Klar?

Bermes: I often like to describe the Firefox browser as our power tool, our Swiss-army knife to access the web. Focus, as well as the German version of Focus, called Klar, intends to solve a specific purpose, targeting a very specific need for users to browse the (mobile) web - some of our users don’t need or want bookmarks, sync, web extensions or history - all they want is quickly get in and out of the browser and erase every trace of browsing history with the tap of a button without being tracked. And it doesn't hurt that with tracking protection, websites load faster.

Additionally, with Focus and Klar, we are able to quickly release and test ideas. Neither app relies on the regular Firefox desktop train schedule and that’s what I believe all successful mobile apps should be capable of doing these days.

Neowin: When a new version of Firefox is shipped out to users, are the mobile versions updated with the same features as well, or is it a totally different development cycle?

Bermes: It depends. We try to synchronize major features in all of our Firefox products, not holding back features on one platform over the other by trying to give all of our users the same great experience; however sometimes new or existing features are form-factor specific and might not make sense or basically are not technically possible on different platforms or devices.

On the contrary, this setup can sometimes be extremely helpful when validating specific features. Instead of investing in resource-heavy development for all apps and platforms, we start feature development by introducing it into one of our mobile apps and see what our users think. That way we can quickly see where else that feature might be useful.

Neowin: Any funny stories you can share from the development?

Bermes: First of all, we always have fun or laugh, that’s what I like so much about the team I work with.

Because we develop in the open, we encourage non-Mozilla contributors to support us with feature development. I can’t tell you how many great and passionate developers are out there who give us their time because they believe in Open Source and want to make our products better. As it relates to Focus for iOS specifically, we have this amazing developer who’s actually built entire features for Focus iOS.

Besides development, I always find it so exciting to talk to real users. The moment my family doctor heard I work for Firefox, he started telling me all the things that he didn't like and why he was not using it. I was able to convince him to give it another try, and especially since Firefox 57, he’s been loving it. So, every visit to his office includes a good 10 minutes of Firefox feature development discussions. Getting a chance to talk to actual users is so fascinating, and we learn so much.

Neowin: Obviously fans wanted ad-blocking and that became a priority. How do you set priorities for what goes into the next version of Firefox/Focus?

Bermes: The number one priority is always to first diagnose why and what our users ask for, and to make it easy for them to perform their tasks on the web. Apart from that, it’s an interesting mix of many factors, e.g. how much will the feature impact an important metric of the product, how many people will benefit from it or have been asking for it, and how does it align with our main product strategy, vision and value proposition.

Neowin: Now that tracking protection is out of the way, what are some of the most requested features from users, and how are those factored in with what you and your team want to add or fix?

Bermes: We’ve just added the ability to add your own search provider, and include your favorite websites into the autocomplete list to make it easier for you to get to your goal. These were features our users have been asking for.

Beyond that, we have several existing items on our roadmap. It’s open to the public, you should all check it out. We will continue to investigate how we can help users manage more ways to block further scripts and ads. Also, simple but yet so useful features like “Find in page” and “Request Desktop Site” are requested by users and make sense to add to Focus in the future. Especially on Android, we have the opportunity to show users that it’s worth setting Focus as their default browser, and that requires us to provide the best, fastest and easiest way to access web content via Focus. 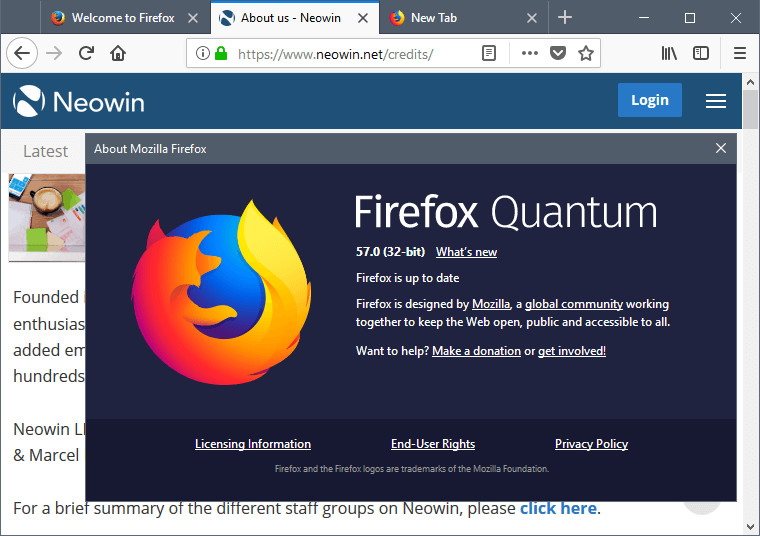 Neowin: How much of the new and improved Quantum made it over to the mobile versions?

Bermes: We originally focused on Desktop only, but some of our designers suggested, if we change the UI for Quantum for Desktop, we should at least give our mobile Firefox apps a similar look and feel - so it happened. You can see some of the new UI concepts being replicated in our mobile apps.

2018 will be the year where we want to get another Quantum-like improvement, this time for mobile. It’s the year to grow and expand our mobile ecosystem.

Neowin: There are going to be ongoing battles always between Chrome, Edge, and Firefox. Recently a report came out that Edge is much better on battery conservation. Is that something Mozilla is trying to address?

Bermes: First and foremost, Mozilla’s mission is to be the independent voice of the Open Web, and we want to participate in innovation and discussion to help users access the web, and stand up for our users whenever they need us.

We don’t see ourselves being part of a battle, we rather want to be part of healthy competition. Competition is important because it gets all players to provide their best solution to a commonly known problem. And as it relates to Firefox in the browser space, being independent is a great position to be in, especially during days like these in tech: we can (and have to) do things that other big players can’t do or basically don’t want to do. 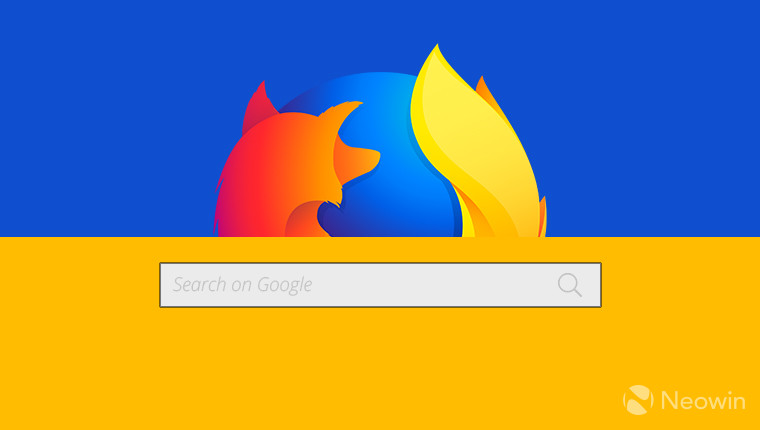 Neowin: Firefox and other browsers have had issues keeping rogue extensions from hijacking users. Is that an issue on mobile? How are you working to combat the problem, especially since they can be difficult to remove?

Bermes: We created Firefox more than 10 years ago with delivering choice and control on the Web as part of our mission to promote openness, innovation, and opportunity online. Today, Firefox is the only trusted and independent choice. We will continue to listen to our users and deliver new features that reflect users' feedback and greatly improve their experience on the Web.

Neowin: What does the future hold in terms of new features for both Firefox and Focus?

Bermes: Let me say, the future is proud and exciting. In addition to all the ideas the team has to help our users, we will continue to listen to our users. Mobile will be huge for Mozilla in 2018 and we will see how much of that we want to include in Firefox, Focus or even other apps. As it relates in particular to Focus, we want to be the trusted browser providing the most privacy by design and by default. The idea is to include smart defaults that address privacy concerns while not sacrificing performance or convenience.

Neowin: Thank you for your time. Any parting comments for Firefox and Focus fans?

Bermes: 2018 will be an exciting year for Firefox mobile. There will be lots more features coming out and I encourage everyone to keep an eye on updates throughout the year. And as always, I want our users to know that we do listen to many comments, ideas and feature requests.

If you want to know more about Bermes and what her team is doing on Focus, you can read Mozilla's profile on her on the official site.