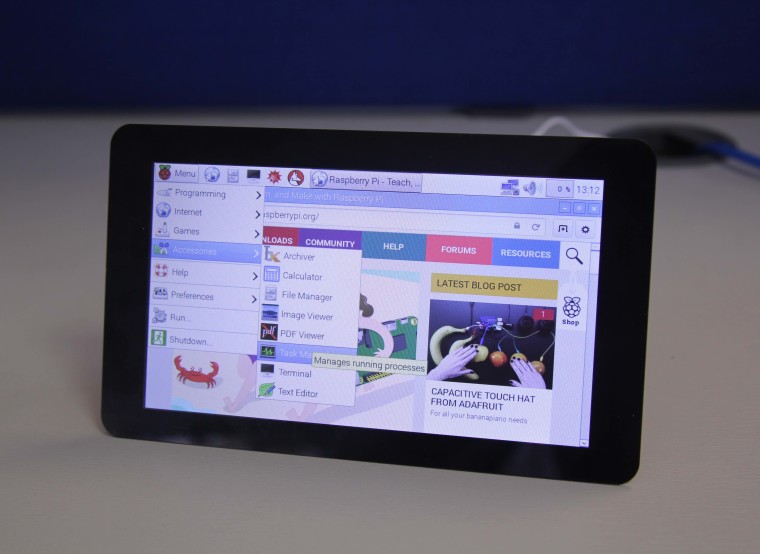 The Raspberry Pi, low cost, ‘credit card sized’ computer keeps getting better, and has seen overwhelming reception since launch, largely due to the portability, and low cost of the device. Now, thanks to the Raspberry Pi Foundation, a new official peripheral has been released for the computer. A new display from the UK-based creators is an official product of the Raspberry Pi, and can be ordered today, with more sellers receiving stock over the upcoming weeks.

The 7-inch monitor boasts all which is seen in the Raspberry Pi, even managing to reach a low price point, not much more than the computer itself. The monitor offers 10-finger capacitive touch, adding a new, but affordable way to control your device using the Raspbian operating system. Resolutions up to 800x480 are supported on the 24 bit RGB industrial quality display, and while this may not be ground-breaking, when taking into account the size and price of the display, many minor flaws can easily be overlooked. The Raspberry Pi can connect to the display via a connection over a DSI ribbon cable, leaving the HDMI port on the device free. This makes it possible to connect to a second monitor, over HDMI, and use them simultaneously.

Currently, the display ships in parts, and must be built by the user upon arrival. It has been promised that they aim for future batches to come pre-assembled. The device weighs in at 277g, measuring 194mm x 110mm x 20mm, however viewable dimensions are much smaller due to the large bezel, reaching 155mm x 86mm. 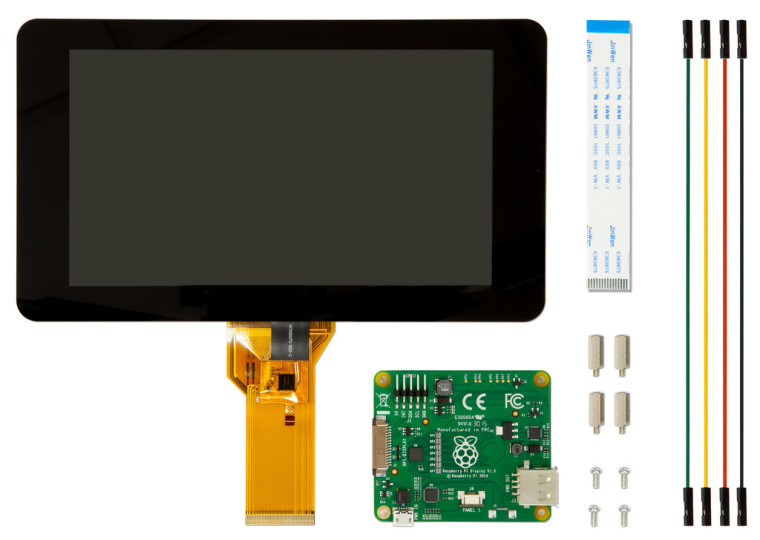 The display currently exclusively supports the Raspberry Pi Model A+, B+ and the Raspberry Pi 2 Model B, running Raspbian. Earlier boards can potentially work with the device, however modifications must be made for the DSI connector to correctly mount onto the board. It is recommended before using the device, an update to the latest version of Raspbian is performed.

Alex Eames of RasPi.TV was given access to the product prior to release, and has given a small overview of the device. The video, alongside a setup guide can be found on the official blog post from the Raspberry Pi Foundation.