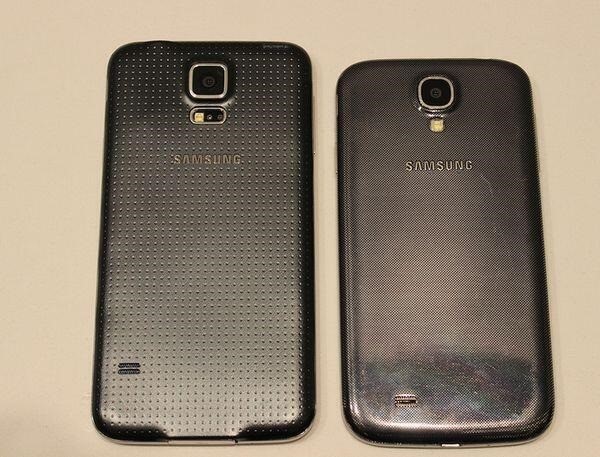 The Mobile World Congress trade show in Barcelona, Spain is underway and we've seen a lot of cool announcements so far. One of the most eagerly awaited releases is the Samsung Galaxy S5, the latest iteration of the wildly popular phone.

Although the announcement is still a few hours away, pictures of the new phone have leaked thanks to Twitter user SaudiAndroid. The first thing you'll notice is that the phone is BIG. It's not quite as big as the Galaxy Note 3, but is significantly larger than the Galaxy S4 (which was bigger than the S3). At this rate, we'll need larger pockets to house our phones. The back appears to be textured and is covered with indentations to help improve grip, but we can't tell if it's metal or plastic. As expected, the Galaxy S5 has followed the current trends and gone with flat icons on the screen.

One of the cool features the leak revealed is that the Galaxy S5 is IP67 certified, meaning it can be submerged in a meter of water for 30 minutes without any negative impact. That could reduce the need for many people to purchase an Otterbox or a few pounds of rice.

On the video/photo side of things, the Samsung Galaxy S5 supports UHD video (3840x2160). In addition, the camera has "selective focus," allowing you to take a picture now and decide what should be in focus later. The phone also looks like it has a fingerprint reader and a heartbeat monitor.

We should be hearing the official release and seeing higher quality images later today.